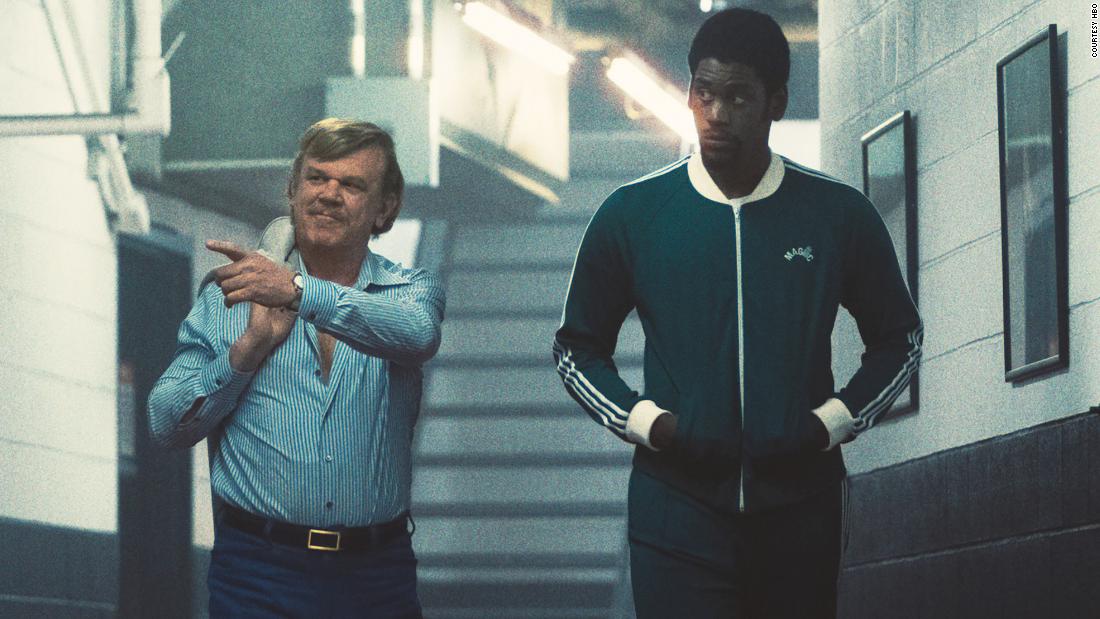 Produced by “Don’t Look Up’s” Adam McKay (who also directed the first episode), and based on Jeff Pearlman’s book about the period, the 10-episode series focuses on the first season in which new owner Jerry Buss (John C. Reilly) drafted rookie phenom Earvin “Magic” Johnson (standout newcomer Quincy Isaiah), winning the first of five NBA titles in a decade.
In addition to their passion for basketball, the late Buss and Johnson (who has notably disavowed the project) shared a playboy lifestyle, while transforming the Forum, where the Lakers played their games, into the hottest ticket in town.

What came to be known as the “Showtime” Lakers (a title left unused by HBO for obvious reasons) featured a larger-than-life collection of personalities, and a series of soap-opera-worthy twists, like coach Jerry West (Jason Clarke) quitting, but still hanging around; and new coach Jack McKinney (Tracy Letts) suffering a devastating accident that left overwhelmed assistant Paul Westhead (Jason Segel) in charge.

Still, “Winning Time” feels too cute for its own good, especially in the early going, when characters keep breaking the fourth wall to chat directly with the audience, and everyone but Buss and Magic appears to be kind of a jerk.

To be fair, the series settles down a bit after that (eight of the 10 episodes were previewed), focusing on fleshing out individual players, from Kareem Abdul-Jabbar (Solomon Hughes, a mere 6’11”) to Buss’ daughter Jeanie (Hadley Robinson), treated abysmally by her direct bosses because she’s the owner’s kid.

There are some memorable moments scattered along the way, such as Buss’ encounter with Boston Celtics president Red Auerbach (Michael Chiklis), who sizes up the real-estate mogul as a dilettante and dismisses him as any threat to the Celtics’ aspirations. Reilly also makes the most of Buss’ flamboyance, spending almost drunkenly as he hangs off the edge of a financial cliff and assures everyone who asks, “Let me worry about the money.”

For those wondering, most of the actors are roughly six inches shorter than their real-life counterparts, but the basketball sequences — and the clever washed-out tones used in shooting the entire production — work quite well. Isaiah captures Johnson’s charisma and infectious enthusiasm, but also his competitive streak, particularly given the attention showered on fellow rookie superstar Larry Bird (Sean Patrick Small), the league’s “great White hope.”

Yet despite its all-star lineup, which includes Sally Field as Buss’ mother and Adrien Brody as future coach Pat Riley, “Winning Time” plays too fast and loose — approaching its material with an irreverence, from snippets of animation to cheeky on-screen chyrons, in a way that’s periodically off-putting. What should be catnip to those who watched ESPN’s docuseries “The Last Dance” misses that target, winding up in a creative no-man’s land.
Buss does emerge as a visionary, someone who recognized the NBA’s potential and Johnson’s magnetism not just to win titles, and thanks to the rivalry with the Celtics, elevating the entire league’s fortunes.
It’s a high-stakes, fact-based story that requires scant embellishment, one that could do for sports what “Succession” does for media.

That blue-chip roster, however, only makes “Winning Time’s” shortcomings more glaring. While the Lakers rose to the occasion, the series falls short of its potential in terms of conjuring premium-TV magic.

“Winning Time: The Rise of the Lakers Dynasty” premieres March 6 at 9 p.m. ET on HBO, which, like CNN, is a unit of WarnerMedia.

Correction: An earlier version of this story identified Red Auerbach as the owner of the Boston Celtics. During the period covered in the show he was the general manager, not the owner.