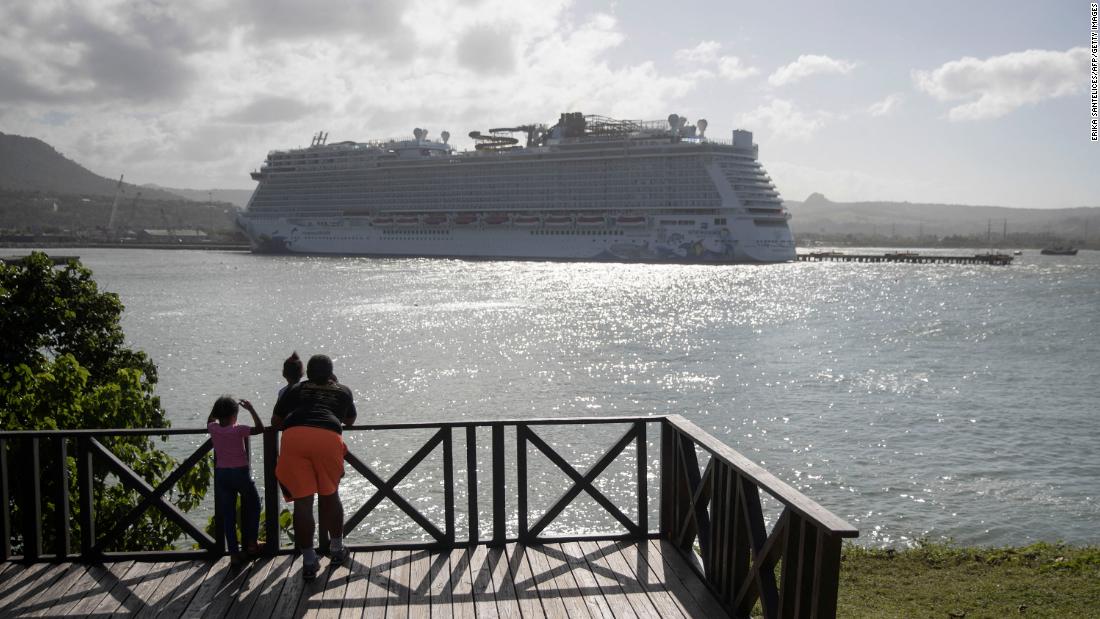 (CNN) — Just as passengers were feeling safe to get back on the water, a new problem has struck the cruise industry — in this case, literally, with a 164,000-ton ship running aground in the Dominican Republic.

Norwegian Escape, a 2015-built megaship which can accommodate over 4,000 passengers, hit the seabed as it pulled away from Puerto Plata in the Dominican Republic on Monday, damaging the ship’s hull.

The rest of the cruise has now been canceled, with passengers being evacuated at Puerto Plata, from where they will be repatriated over the next two days. Travelers will receive a full refund on the aborted cruise, as well as a credit for the same amount to put towards a future voyage.

The next cruise, which was due to depart March 19, has also been canceled.

Puerto Plata was the first stop in the seven-day cruise, which had set out from Orlando on March 12.

Passengers onboard live-tweeted the grounding, which was due to wind. They were stranded overnight, but were refloated and returned to port at high tide on Tuesday morning — where they spent two days waiting to hear what would happen next as the ship was inspected.

Passenger Ben Wills, on a family trip from DC that had originally been planned before the pandemic, told CNN that the way NCL was handling the situation was helping the onboard mood.

“We’re docked in a beautiful place, and the crew is being incredibly friendly, accommodating and hospitable,” he said.

“It’s refreshing to see a corporation do the right thing. My spirits are still pretty high.”

However, he said added that the cruise company was being “very slow” with information about repatriation, and expressed doubts that all passengers would be able to leave the ship within the two days specified.

Passengers are now not allowed to disembark for fear of disrupting the evacuation process, he said.

NCL said in a statement:

“During the afternoon of March 14, 2022, Norwegian Escape made contact with the channel bed as it was departing Puerto Plata, Dominican Republic. In the early morning on March 15, the ship was refloated and returned to the dock at Puerto Plata, where she is currently located.

“While there is minor damage to the ship’s hull, all guests and crew are safe. The current cruise will be shortened, and the cruise scheduled to embark on March 19 will be canceled so that the necessary repairs can be made.”

Not that passengers seemed to mind. One tweeted that “morale is high” with travelers “making the most of our time left here.”

She was only in Paris for three days. She met the love of her life on the Metro