‘Tiger Slam’ clubs could sell for more than a million dollars 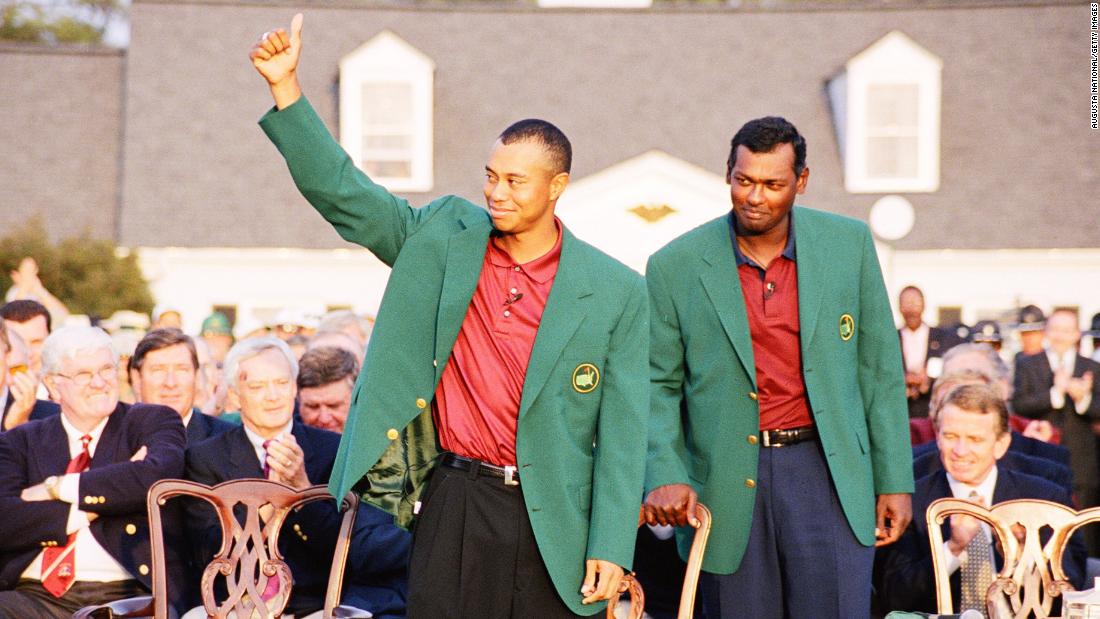 And the irons and wedges Woods used in 2000 and 2001 as part of his historic feat are now up for auction.

The clubs — 2-PW Titleist Forged irons and two custom Vokey wedges, both stamped “TIGER” — were last privately auctioned in 2010, and had been displayed privately in a Houston office complex, according to US based auctioneers Golden Age Golf Auctions.

As you might expect from such record-breaking clubs, the items are well used, according to auctioneers, who say a wear mark on the face of the 8 iron is “otherwordly.”

Auctioneers say that the clubs should sell for seven figures.

“I do wonder if [the irons] will be the first golf collectible to break the $1 million mark,” Golden Age auctioneers founder Ryan Carey told Golf Digest.

“It’s not like there are many people collecting used iron sets, as it’s just not feasible, so it’s hard to know the market. These aren’t exactly baseball cards.”

“The Tiger Slam irons come with a substantial amount of provenance, including affidavits/declarations of the two Titleist executives both in charge of Tiger’s clubs and witness to the exchange when Tiger gave the clubs away,” the auctioneers said on its website.

Golden Age Golf Auctions also said that former Titleist Vice President Steve Mata had passed a polygraph test in 2010 regarding the validity of the clubs.

“We also have a copy of a September 2000 Golfweek magazine article that detailed the exact specs of Tiger’s clubs used to win the 2000 PGA Championship, and they match the offered Tiger Slam clubs perfectly, including the 58 degree wedge bent to 56 degrees,” they added.