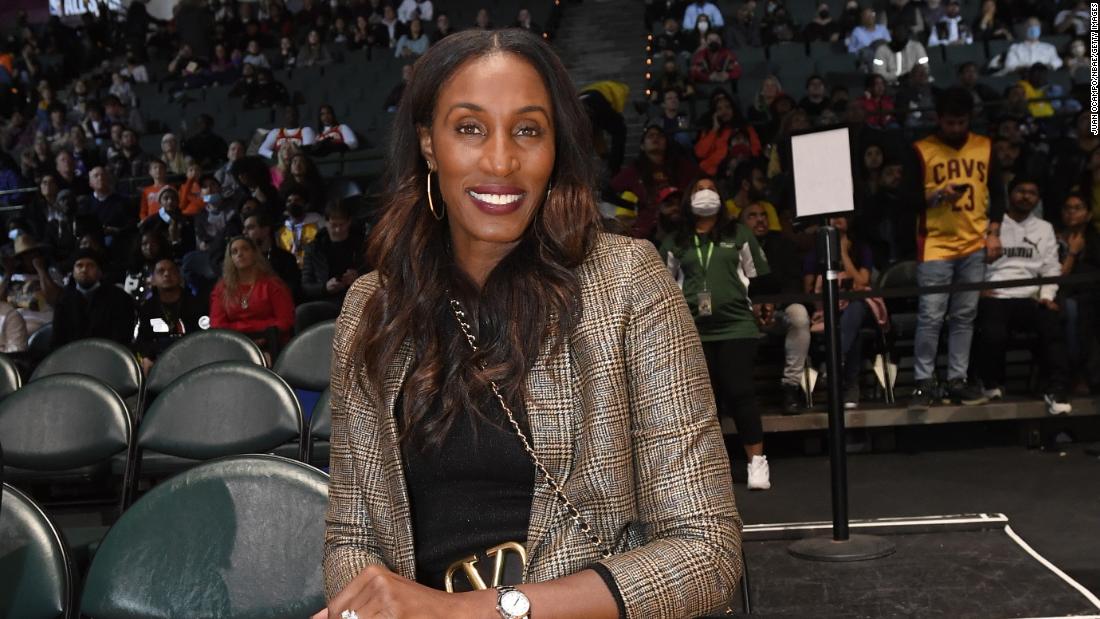 “What we were told, and again this is all sort of passed along through hearsay, but what we were told was to not make a big fuss about it so that they could not use her as a pawn, so to speak, in this situation in the war,” Leslie said in a clip of the interview released Friday. “So, to make it like it’s not that important or don’t make it where we’re like, ‘Free Brittney’ and we start this campaign, and then it becomes something that they can use.”

In her career, Leslie, a 6-foot-5 center, was a three-time WNBA MVP and two-time WNBA Defensive Player of the Year. Now 49, Leslie retired after the 2009 season.

She also won four Olympic gold medals and was a three-time All-America in college.

Leslie did not say who the source of the information was, and it was not clear whether she knew who initially shared the guidance.

The full episode of the podcast is scheduled to be released Monday. It is unclear when the episode was filmed.

According to Russian authorities, Griner was arrested on allegations of smuggling significant amounts of a narcotic substance at a Moscow airport. Rep. Colin Allred of Texas said she was arrested February 17.

An official from the US embassy in Moscow found Griner to be “in good condition,” after they were recently granted consular access to the American athlete, US State Department spokesman Ned Price told CNN Wednesday.

CNN has also reached out to the State Department for comment but did not immediately hear back.

The WNBA declined to comment on the record when contacted by CNN.

University of South Carolina women’s basketball head coach Dawn Staley said she is praying for Griner and advocated for getting all Americans out of Russia in an interview with CNN.

“I pray every day for Brittney because I know her, I know her heart,” Staley said. “And guess what? Brittney’s gonna handle this situation because as women we’re gonna find a way, we’re gonna compartmentalize. No matter what she’s going through, there’s a place in her heart and her mind that will push her over the top to handle whatever she needs to handle. … I think it’s for all of us to do what we need to do to get her out of it – get all Americans out of Russia, with the quickness.”

Staley also said she was conflicted on whether to speak out on the situation or not.

“I don’t know what to do because they say if you speak out more on it, you put her in a precarious situation. If you don’t say anything, then what good is that?”