‘The Lost City’ put all the good stuff in the trailer, and not much else 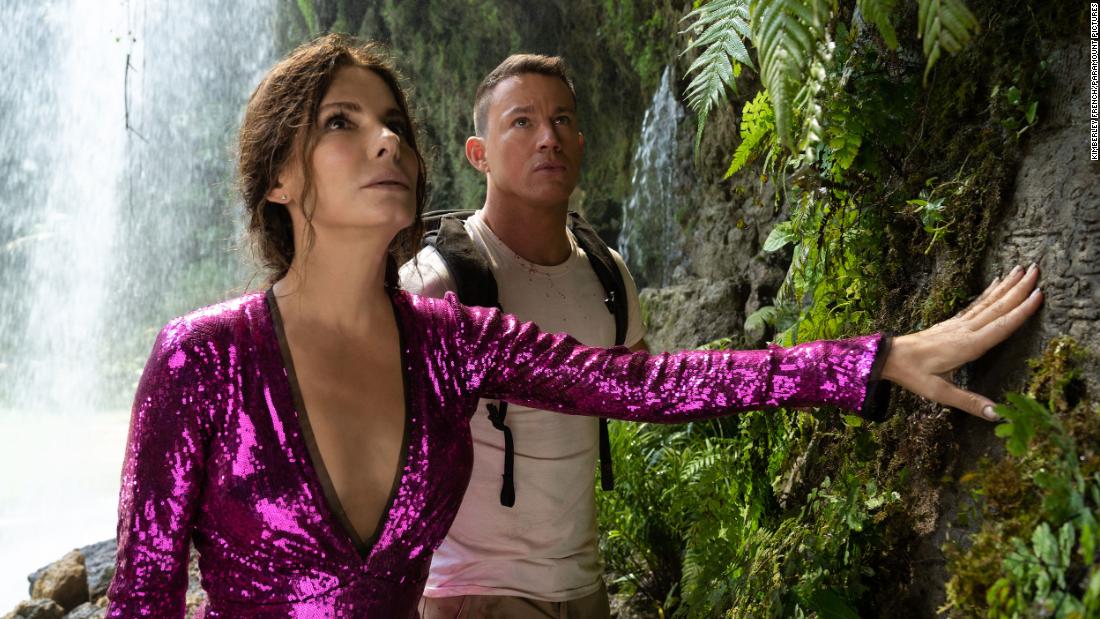 At first blush the derivative streak actually seems almost like an asset, evoking shorthand memories of “Romancing the Stone,” another story about a romance novelist forced out of her comfort zone and into an exotic adventure that resembles her windblown stories.

The twist here, on its face fertile but not particularly as executed, is that the plot throws her together with the Fabio-like cover model from her 20 books, a muscled fellow named Alan (Tatum), who has harbored thinly veiled feelings for Bullock’s widowed Loretta Sage even though she dismisses him as a shallow himbo.

The two meet up promoting Loretta’s latest book, which she wants to mark the final entry in the series. But her background as an academic has led to her incorporating references to a priceless treasure that garner the attention of a wealthy heir, Fairfax (Daniel Radcliffe, a bit of casting that doesn’t turn out to be as inspired as it looked), who thinks she’s the only person who can help him locate the Hitchcockian MacGuffin.

Soon enough, Loretta and Alan are in survival mode on a remote island, trying to evade Fairfax and his minions. While Alan might look the part, he’s woefully out of his element, eager to be perceived as a hero in her eyes — “I want her to see me as more than a cover model,” he says, for anyone who missed the point — but understandably terrified being shot at and chased.

As promising as that sounds, the result is for the most part pretty flat. Enlivened briefly by Brad Pitt’s cameo as the savvy rescuer that Alan initially enlists, the rest mostly boils down to Bullock and Tatum bantering and bickering, weathering enough near-fatal encounters to create the requisite adrenaline to bring them closer together.

Directed by brothers Adam and Aaron Nee, who collaborated on the script with Oren Uziel and Dana Fox, “The Lost City” owes its most direct debt to “Romancing the Stone” but recalls any number of romantic pairings in exotic locales, a la “Six Days, Seven Nights.” Yet it’s the uninspired writing, more than the general template, that keeps the movie from finding its stride.

On the plus side, the scenery’s nice, and for those who’ve already seen “The Batman” there’s nothing wrong with a little mindless escapism.

In that sense, it’s not that the movie’s bad, but rather given the elements and that aforementioned trailer, that it could have been so much better; instead, they built this “City” on a flimsy foundation.

Underdeveloped scripts, it turns out, do too.