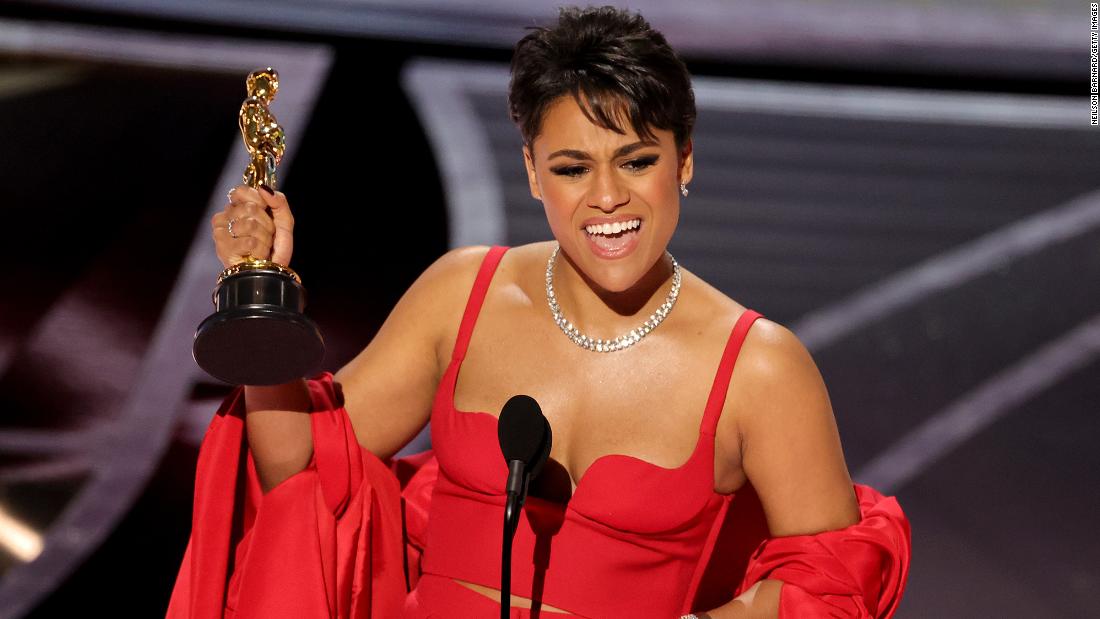 This is her first Oscar nomination and win. DeBose has received acclaim for her role as Anita in the musical film.

When DeBose took the stage she emotionally said, “Even in this weird world we live in, dreams do come true.”

She also thanked her mother, who came as her guest and was in the audience. DeBose spoke movingly about her experience as a queer Afro-Latina woman.

“For anyone who has ever questioned their identity, there is indeed a place for us,” she said, quoting her film.

DeBose has previously won a Golden Globe, a BAFTA and a Screen Actors Guild Award for this role.

In 1962, Rita Moreno won the same award for the same role. Moreno starred as Anita in the original “West Side Story” film and made history herself as the first Hispanic actress to win in the best supporting actress category.

Debose also paid tribute to Moreno in her acceptance speech on Sunday, thanking her for paving the way for other “Anitas” in Hollywood.

“Ariana DeBose is an immensely talented actress and a tremendous advocate for LGBTQ people and people of color,” GLAAD’s President & CEO, Sarah Kate Ellis said in a statement Sunday. “She not only made history tonight as the first queer woman of color to win an Oscar, but she sent a beautiful and timely message to LGBTQ young people. I hope LGBTQ youth around the world saw her win, heard her speak and recognize that they too should dream big.”