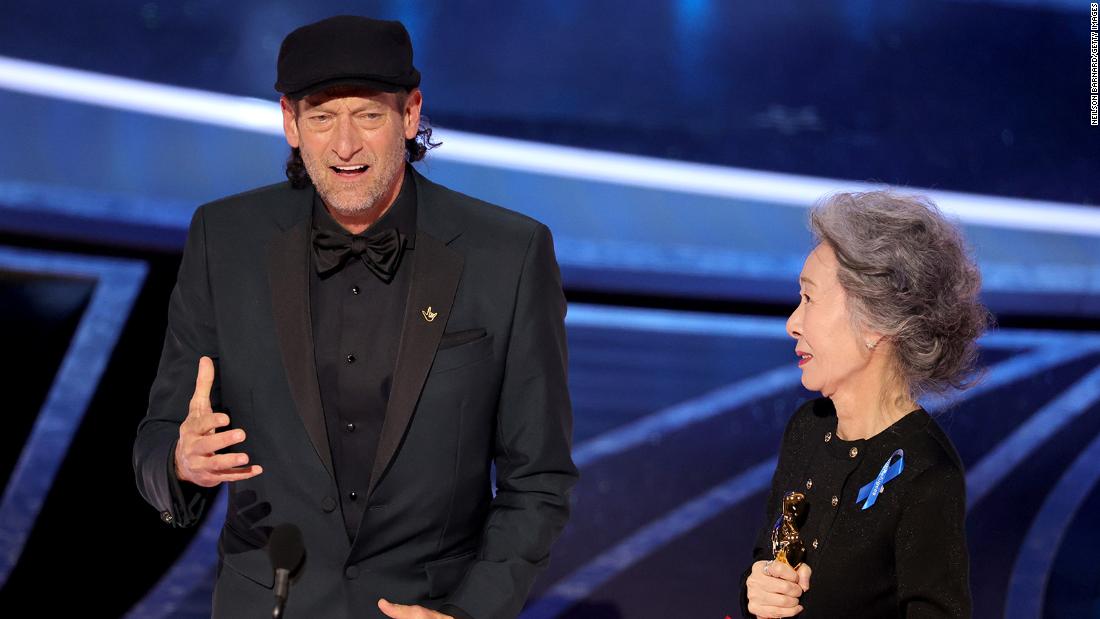 His co-star in the film, Marlee Matlin, became the first deaf actor to ever win an Oscar when she won for best actress in 1987 for her performance in the movie “Children of a Lesser God.”

Visibly moved by the acknowledgment, Kotsur had tears in his eyes as he took the stage. Many in the audience at the Dobly Theatre rose to their feet and signed silent applause by waving their hands.

Actress Youn Yuh-jung presented Kotsur with his award, holding it for him while he used sign language to accept the Oscar.

“This is amazing to be here on this journey. I can’t believe I’m here,” Kotsur signed. “I really want to thank all of the wonderful deaf theater stages where I was able to develop my craft as an actor.”

He continued, “My dad he was the best signer in our family but he was in a car accident and he became paralyzed from the neck down and was no longer able to sign … you are my hero.”

Kotsur added that his Oscar is “dedicated” to the deaf community.

The actor previously won a Golden Globe and Screen Actors Guild Award for his performance in the film.