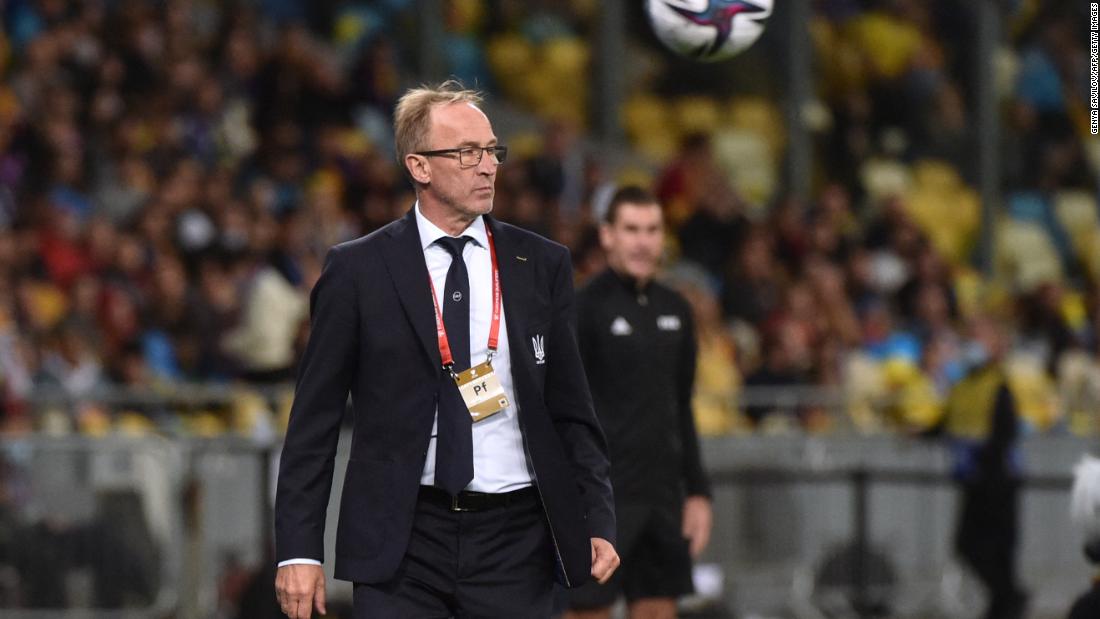 The game was initially scheduled to take place on March 24 in Glasgow, Scotland, but was postponed by FIFA to June following Russia’s invasion of Ukraine.

“As long as people in my country continue to die, I cannot think about playing the game in Scotland,” Petrakov said in an interview with Ukrainian TV station Football 1.

“We still have April and May to come, and we will see what happens then, but we are supposed to playing Scotland in June as well as Nations League games.

“But we can’t think about them at the moment given the current situation,” added Petrakov.

A date for the rescheduled qualifier is yet to be announced by FIFA.

The winner of the Scotland-Ukraine match is scheduled to meet Wales in a one-off tie to determine who qualifies for the 2022 World Cup in Qatar, which is set to begin on November 21.

Neither FIFA, UEFA nor the Scottish Football Association were immediately available for comment when contacted by CNN in response to Petrakov’s comments.

In the interview, the 64-year-old also reflected on how the ongoing war was personally impacting him.

“I am a native of Kyiv, I haven’t left and I’m not going anywhere, I’m staying in my home in Kyiv […] I’ve made my decision: I don’t want to leave, I’m not afraid, I’m a man of resilience.

“For me, Russia doesn’t exist as a country. As far as I’m concerned, there are no people, nor friends there.”

In response to Moscow’s invasion of Ukraine, FIFA and UEFA suspended all Russian international and club teams from competition “until further notice.”