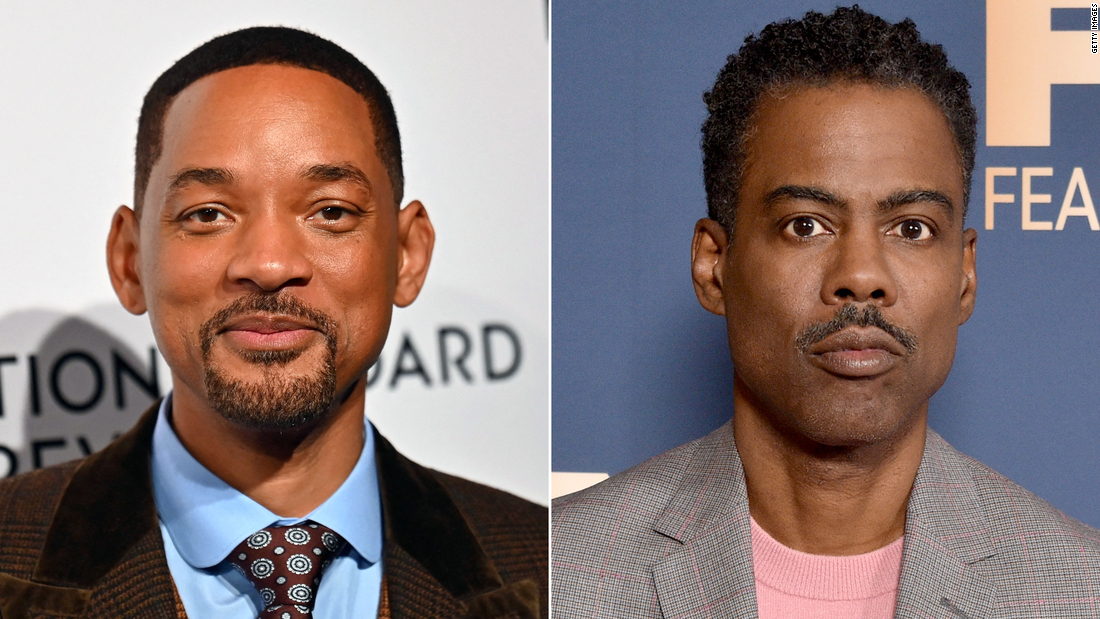 Her husband, Will Smith, stormed on stage at the 94th Academy Awards after Rock joked “Jada I love you, ‘G.I. Jane 2,’ can’t wait to see it” and hit Rock in the face.
Actress Demi Moore famously shaved her head for her role in the film “G.I. Jane” and Pinkett Smith has a close haircut because she suffers from alopecia, an autoimmune disorder that causes hair loss.
In 2016, Rock hosted the Oscars and joked about Pinkett Smith and her husband boycotting over #OscarsSoWhite, the online movement which began as a way to address the lack of diversity at the Academy Awards.

Rock declared that the Smiths, as well as Black director Spike Lee “went mad” over the issue as there were no Black acting nominees that year.

“Jada boycotting the Oscars is like me boycotting Rihanna’s panties,” Rock said during his opening monologue. “I wasn’t invited.”

Rock went on to joke that he understood Pinkett Smith’s anger.

Pinkett Smith commented on the jokes days later when asked about them by paparazzi.

E! reported that Smith, who was filming “Collateral Beauty” in New York City at the time, simply smiled and flashed a peace sign when asked.

Smith and Rock’s relationship goes back to the 1990s. Rock guest starred on Smith’s hit series “The Fresh Prince of Bel-Air” where he played a character named Maurice and Maurice’s sister Jasmine.

In 2018 Smith posted a birthday tribute on his verified Instagram account to his ex-wife Sheree Zampino, who is the mother of his adult son Trey.

Rock left a comment saying, “Wow. You have a very understanding wife,” according to E! to which Zampino responded, “Don’t hate.”
On Sunday night, Smith apologized to his fellow nominees and the Academy while accepting his best actor award for “King Richard.”
The Academy tweeted that it “does not condone violence of any form.”