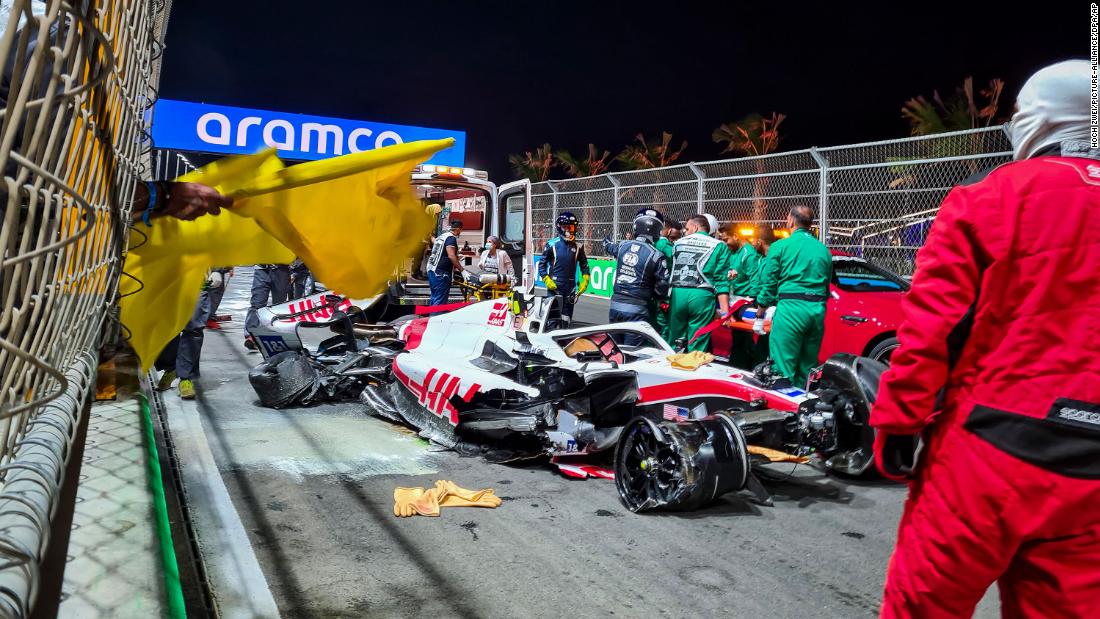 Although the chassis and engine survived the impact, team boss Guenther Steiner told reporters that “the cost is still pretty high because all the suspension is gone, except the front left. I think there’s still something on there. The rest is just like powder, carbon powder.”

“I don’t know money-wise as yet but these cars, between gearbox, the whole bodywork’s gone, radiator … between half a million to a million (dollars) I would say,” Steiner added.

He was airlifted to hospital but released that same day following an initial assessment that found he had no injuries.

As a result of the crash, Haas only fielded one car in the Saudi Arabian Grand Prix.

Despite the setback, Haas, who finished last season without a single point, has started 2022 strongly.

The team currently sits fifth in the constructors’ championship following Kevin Magnussen’s fifth and ninth place finishes at the Bahrain and Saudi Arabian Grands Prix respectively. Schumacher has yet to score a point after the opening two races of the season.

The added costs from the crash will not yet affect the team’s budget cap, set by F1 regulations.

“There’s a nominal amount [set aside],” Steiner said according to Autosport, “But in a racing team, you never can stick to your budget like in a normal commercial business because you have this risk.”

“You have got obviously a contingency there. But if you have two or three like this: pretty quick your contingency is not there anymore.

“It’s a loss. So you just need to manage. Obviously, I hope we don’t have a lot more of them.”

Steiner confirmed to Channel 4 that two cars would run at the next Grand Prix, in Melbourne, Australia on April 10.