Questlove missed Will Smith’s slap because he was meditating 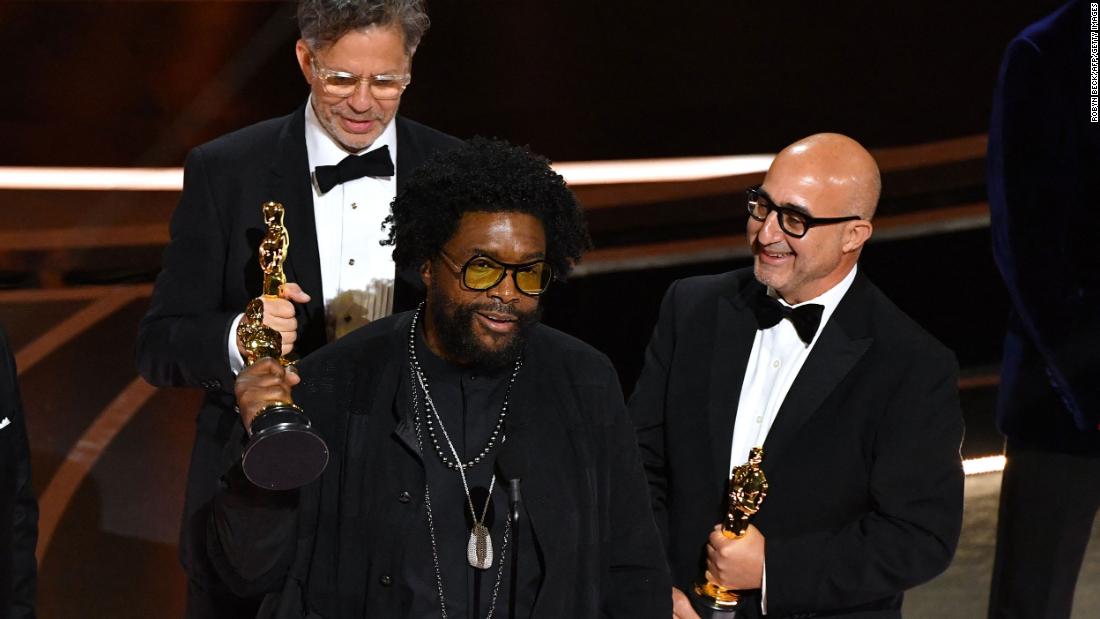 At the time of the slap, Rock was in the middle of presenting the best documentary feature award. Ahmir “Questlove” Thompson and others were nominated in that category for their film “Summer of Soul (…Or, When the Revolution Could Not Be Televised),” a documentary about the Harlem Cultural Festival.

Mentally, however, The Roots drummer was simply not there, he told late night host Jimmy Fallon on Monday.

The staff at the event tell the nominees ahead of time when their category is next, Questlove told Fallon. Rather than waiting anxiously, Questlove chose to meditate.

“When the commercial break was happening, I was just in my ‘Mmmmm,'” he told Fallon, closing his eyes. “So when I opened my eyes, I didn’t realize. Like ‘Why is everyone so quiet?'”

When Rock announced “Summer of Soul” as the winner, the rest of the audience was still reeling from the altercation. And Questlove was still figuring out what had happened, even as he walked to the stage to accept the award.

“I realized that [the slap] was a real moment maybe three seconds before I spoke words,” Questlove said. “But in my mind, [Rock and Smith] are just doing a sketch or whatever, and I’m just like ‘Okay Ahmir, remember to thank your mom, your dad.'”

Questlove said he has been practicing transcendental meditation, a practice that comedian Jerry Seinfeld first introduced to him, for two years now.

The drummer accepted the award with grace — briefly explaining the significance of the film and emphasizing that the moment was not about him.