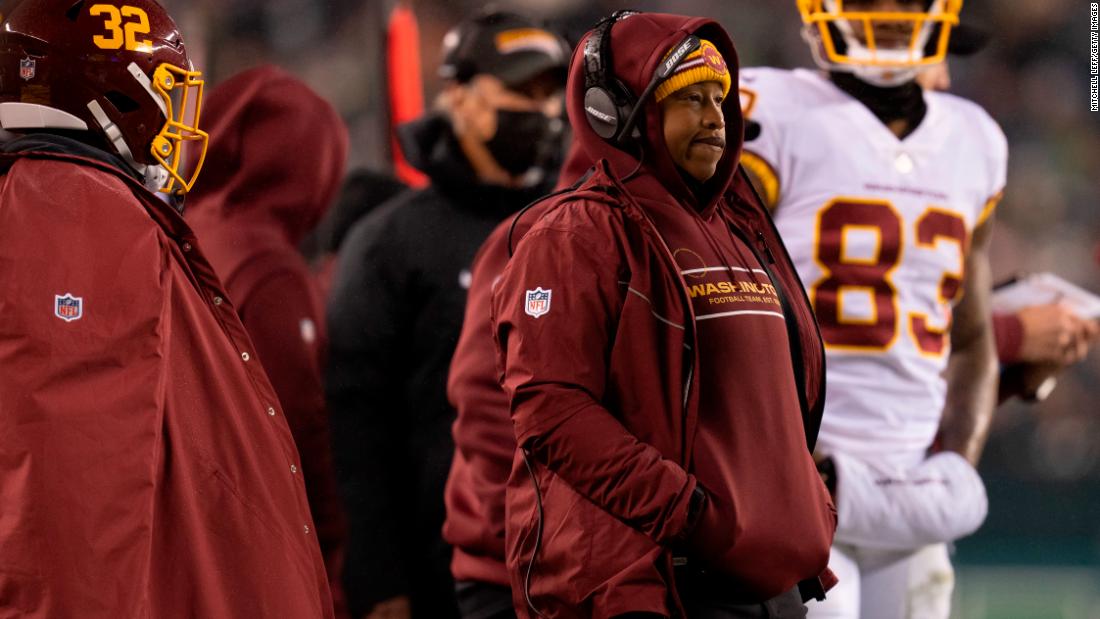 The moves come as the NFL owners hold their annual league meeting in Palm Beach, Florida.

The committee and changes were instituted “to provide better outcomes in the hiring cycle.”

Last month, Brian Flores, the former head coach of the Miami Dolphins, filed a lawsuit against the NFL and three of its teams for racial discrimination. The NFL and the three teams have denied the allegations.

The offensive assistant coaches will be on one-year contracts and be paid from a league-wide fund. They will work closely with the head coach and the offensive staff to gain experience.

Historically, the NFL says “head coaches have predominantly had offensive backgrounds” and the organization hopes the changes will help source talented candidates earlier in their careers and provide room for “developing the diverse offensive pipeline.”

Currently in the NFL there were seven Black general managers and 12 women coaches at the start of the 2021 season, an all-time high, according to the NFL.

In January, the Houston Texans fired head coach David Culley after one season, leaving the NFL with just one Black head coach after years of expressing its desire to increase diversity in top sideline jobs.

Culley was the second Black head coach to have been fired in the same week after the Miami Dolphins relieved Flores of his duties.

Pittsburgh Steelers’ Mike Tomlin is one of two Black head coaches in a league where nearly 70% of the players are Black. The other is Lovie Smith of the Houston Texans. Mike McDaniel, who is multiracial, replaced Flores as head coach of the Dolphins after Flores was fired last month after going 24-25 in his three seasons.

“We’ve worked for years and made progress in many areas to ensure that staff and leaders in our office and at our clubs reflect the racial and gender makeup of America, but we have more work to do, particularly at the head coach and front-office level,” NFL commissioner Roger Goodell said in a statement.

Goodell had previously admitted the NFL had fallen short by “a long shot” in ensuring head coaching opportunities for Black and minority candidates and vowed to reevaluate league’s policies.
He addressed diversity after Flores filed his discrimination lawsuit against the NFL, which says the Giants interviewed him for their vacant head coaching job under disingenuous circumstances because Flores found out three days before his interview that the Giants had already decided to hire Brian Daboll.