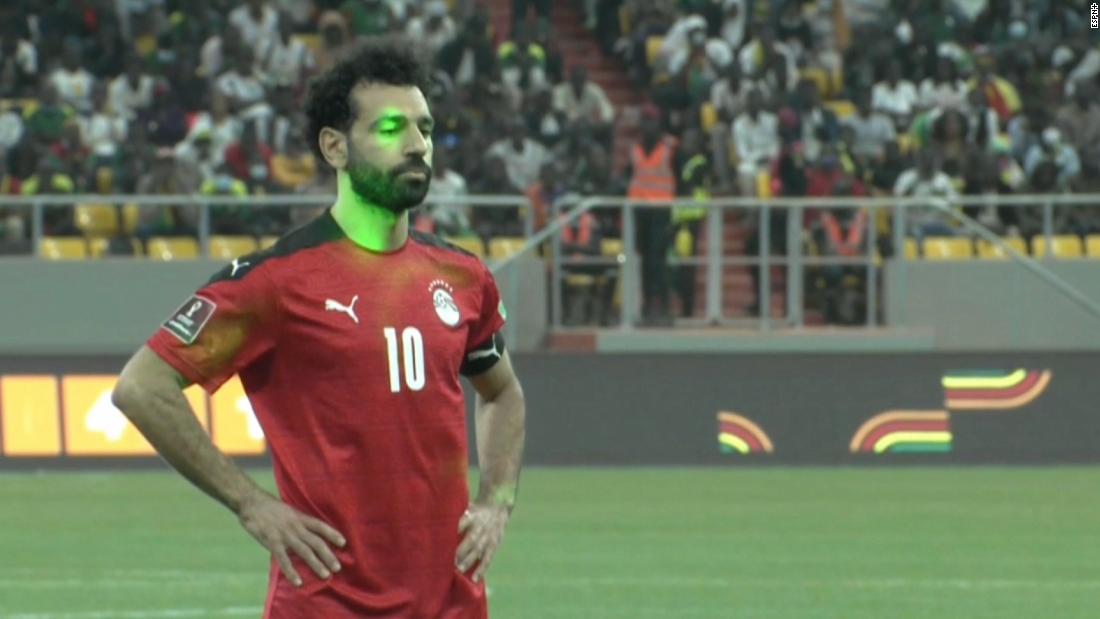 In a statement on Instagram, the governing body said its players, particularly captain Mohamed Salah, were targeted with abuse from Senegalese fans in Diamniadio, Senegal.

It also accused Senegal supporters of attacking and damaging the team bus.

“The Egyptian team was subjected to racism after offensive banners appeared in the stadium stands against the players, specifically against Mohamed Salah, the team leader,” the statement read, which was accompanied with pictures of the incidents.

“The crowds also terrorized the players by throwing glass and rocks at them during the warm-up process.

“Additionally, the Egyptian mission’s buses were attacked, causing their windows to break, injuring and wounding some, which was documented with photos and videos that were taken and risen with the complaint.”

Egypt said it was filing an official complaint against the Senegalese FA, which has not responded to CNN’s request for comment.

World football’s governing body FIFA was not immediately available when asked for comment by CNN, and neither was the Confederation of African Football — the continent’s governing body.

In a repeat of the Africa Cup of Nations final two months ago, Senegal beat Egypt on penalties as the two teams battled for a place at this year’s Qatar World Cup.

Hamdi Fathi’s early own goal had taken the tie to extra-time after Egypt had won the first leg 1-0 on Friday.

But the visitors subsequently lost the shootout 3-1, with Sadio Mane stepping up to score the decisive penalty.

There has been widespread criticism online regarding lasers shone from the crowd in the faces of Egypt’s players during crucial moments in the match.

Green lasers were notably seen all over Salah’s face as he stepped up and missed his spot kick.

The Liverpool star was then escorted away as fans ran onto the pitch at full-time.