She’s up for two Grammys. Her bestseller will be a movie. Meet the Korean American who’s shaking up entertainment 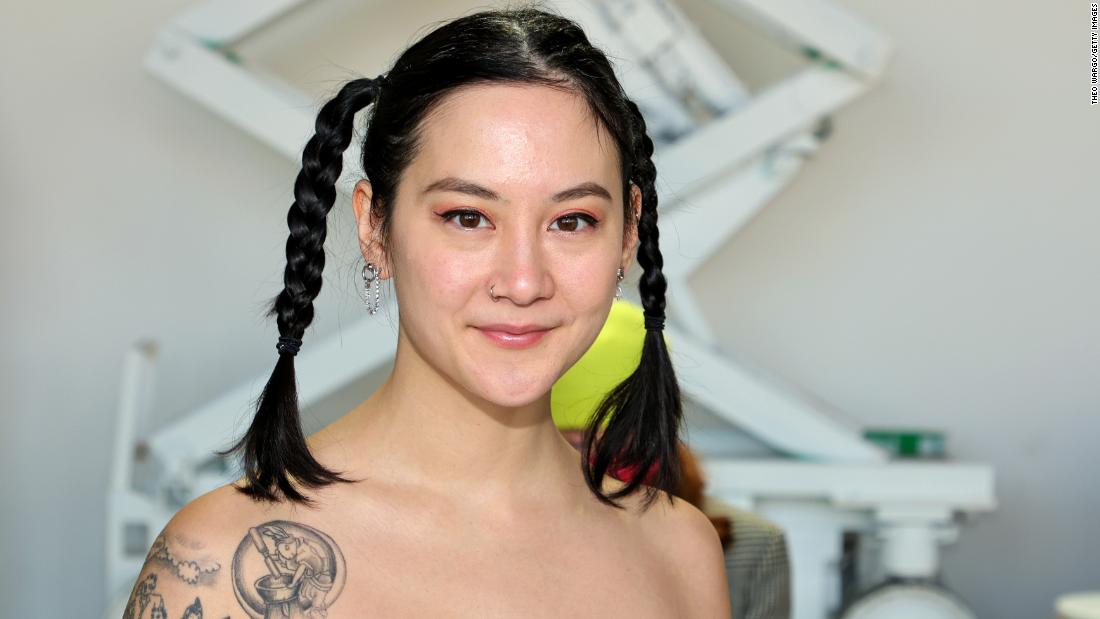 It’s a full plate for the biracial, New York-based musician, who just turned 33 on Tuesday.

So when Zauner isn’t writing about her life or making dreamy, atmospheric music, she turns to another creative hobby: cooking. She likes to rustle up meals that connect her to her late mother and their shared Korean identity.

“I love the creativity of putting together a meal and putting a lot of care into it. It’s still a very therapeutic part of my life,” says Zauner, whose book chronicles her struggle with grief after the loss in 2014 of her mother to cancer and how she found solace in the Korean foods they enjoyed together.

CNN talked to Zauner as she prepared to attend the Grammy Awards on Sunday. Her answers have been edited for length and clarity.

Your band’s called Japanese Breakfast. What’s the story behind the name?

It’s a really awful story. I used to be in a band called Little Big League, and this was before my mom got sick or I started writing about my Korean American upbringing. I wanted a side project where I just kind of recorded demos and put them up online.

I saw a photo of a Japanese breakfast set, and I was like, what a soothing idea — not thinking I would eventually write a book about Korean food, or that people would mistake me for being Japanese. It was just this on-a-whim thing that grew into something I had no idea it would grow into.

How does it feel to be a Grammy nominee? Is this your first ceremony?

Yes, and I’m so excited. Every single day, I say it out loud to myself. Like if I’m struggling to learn a song or if I’m not playing a scale fast enough, I’m like, ‘Oh, you’re nominated for two (Grammys), so that’s OK.’ Or if someone cuts me in line, I’m like, ‘It’s OK, you’re nominated.’ This is one of those things that you get to hold dear to you.

Who are you most excited about meeting at the Grammys?

I would love to meet Rihanna and Ariana Grande. I wouldn’t even want to talk to these people. Like if I saw Frank Ocean, I would just crumble. There are a lot of musical heroes that I’m really looking forward to quietly gushing over.

How did you get started in music and when did you realize you wanted it to be your career?

I started playing piano when I was 5 years old, like a lot of children of immigrants that are forced into that kind of thing at a young age. I hated playing the piano. I hated structure. I was not really interested in it until much later.

I learned how to play the guitar when I was 16 and I started writing songs pretty much as soon as I learned, and just fell in love with it slowly. Not just the creative element, but even the business side. I loved advertising my band. I loved playing shows. I loved booking shows. I love all of the stuff that goes into building a band, and I just felt so at home.

Has your immigrant experience informed your music?

Definitely. My mom did not want me to pursue this path. She was concerned about the financial difficulties I would encounter. And also just the emotional difficulties of living that type of lifestyle. She was very worried about me, and she did everything that she could to kind of try to protect me from this thing that she felt would probably not end well for me.

And so my whole life, she was always like, ‘You can do this on the side, but just always have something to fall back on.’ And no matter what I did, I always kept up with music. Like, I would work three jobs and always do music on the side, I would go to college and keep doing music. No matter how hard I tried to put my focus into other things, it always called to me.

So almost being exiled from this path made me want to fight for it so much harder, and made me realize just how truly important it was for me — because it never would go away. And so I think it taught me a lot of resilience, and it made me such an ambitious and hard worker.

In your book, you talk about your grief after losing your mom. Why was it important to share such a raw and personal story?

It just felt so emotionally necessary. From a young age, I used music and narrative as a way of exploring parts of the world and myself that were confusing to me. It felt natural that I would use music again to explore this very difficult time in my life and this tremendous loss. I wrote two albums about that experience with Japanese Breakfast, and it still felt like there was so much more to say.

What kind of feedback have you gotten from Korean Americans who’ve read the book?

I was the most concerned about the Korean American community and what their opinion of the book would be. I think there are shared parts of our culture, but you’re never really sure — especially as someone who’s mixed race — like, what is a Korean thing and what is just an individual way that your mom raised you.

I was definitely very worried about my mom coming across as this, like, stereotypical tiger mom. And I guess the only way that I felt comfortable … was (deciding that) if I was being true and raw and honest and showed her in all of her faults and all of her wonderful features, that it wouldn’t be a stereotype because she would be a fully formed person.

Your mom sounds like such a complicated person. What do you think she’d say if she read your book?

I think that everyone would be a little bit surprised to find out how people see them. And of course, I see her in a very specific way. I’m sure there would be parts of it that would be irritating for her. But I would always think that if another girl wrote this book about their mom and my mom read it, she would say to me in a charming way, ‘I hope that when I die, you love me that much to write something like that for me.’

So I think that she would be deeply moved by it, because I think in a lot of ways — even though I don’t think my mom would ever call herself an artist — she had a real creative spirit, and she was very moved by the mundane, by the human experience and our relationships with people. And I think that in a lot of ways, I get that sensibility from her.

She had a great sense of how people interact with one another and how they feel and what goes into their personhood. And I think that she would really value that in this writing.

Now that your book is being turned into a film, what’s your role in the project?

I just finished the first draft of the screenplay and we are slowly beginning the process of working on the movie. I’m very new to this process and feel very honored that I was able to write the screenplay or at least try my hand at it, because I don’t think authors always get the chance to do that.

Do you have a preference on who should play you in the movie?

I think it’s a really wonderful chance to find some new talent. I think the most important thing for me is to see my character performed by a half-Korean young woman who hasn’t seen this type of role available to her. It’s a wonderful opportunity to have a diverse cast that hasn’t had a real chance to be in features before.

Are you doing the soundtrack as well?

I would like to be involved in the supervision of the soundtrack. When I think about seminal, coming-of-age movies, the soundtrack is such an important part of establishing the mood and the time. And especially being a musician, of course, it’s a really important part for me, and so much of the book has these kind of musical moments … so I want to be really involved in making sure that those sort of aural touchstones get hit.

Korean entertainment is becoming more popular in the US. Why do you think that is?

I think part of it is that it’s just so much easier to access international media because of the internet. And stars like BTS have such a high production value in terms of the songwriting, the visuals, the choreography. So many people put work into making their projects incredibly universally engaging. Same thing with Netflix’s “Squid Game.”

You’ve broken into the music world, the literary world and the film world. What’s next for you?