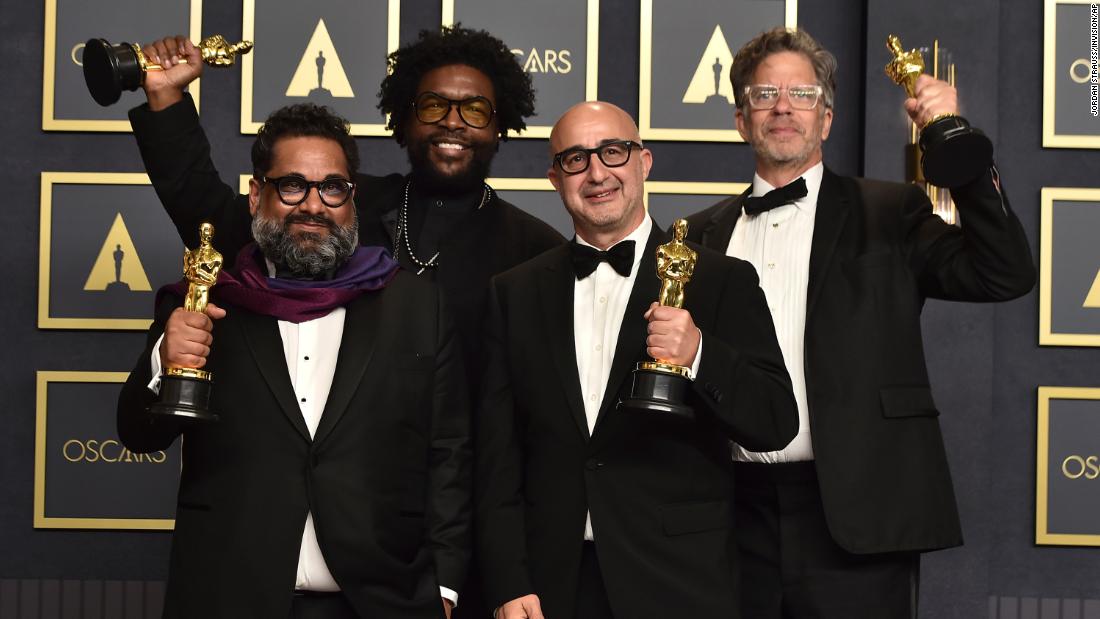 In a now-deleted Twitter thread, Patel — who, along with Ahmir “Questlove” Thompson, was one of the people who accepted the award for best documentary feature — said the incident robbed the category and “Summer of Soul (…Or, When the Revolution Could Not Be Televised)” of their moment.

“I think what Will did was selfish,” Patel wrote Wednesday evening. “It robbed the category of its moment. It robbed the other excellent and amazing films of their moment to be acknowledged in what was a STRONG year for docs.”

He didn’t stop at Smith, though. Patel also expressed anger toward Rock, who, after getting slapped, read their names as “Ahmir Thompson, and four White guys.”

“The reason that makes me SO SO VERY ANGRY is because I was so proud to be one of a handful of South Asians to have ever won an Oscar in the history of the award,” he wrote. “So with my family and friends watching, Chris Rock lumped me in as 1 of ‘4 white guys. (Nevermind the disrespect to [Dinerstein] and [Fyvolent] for not even saying their names, and the inaccuracy of us being 3 producers not 4).”

Patel went on to say he later didn’t have “the stomach” to watch the ceremony, and he “probably never will.”

CNN has reached out to Patel’s representatives for comment.

The altercation between Smith and Rock — which occurred after Rock made a “G.I. Jane” joke about Jada Pinkett Smith’s shaved head — has continued to reverberate. Smith has apologized publicly for the incident, calling his behavior “unacceptable and inexcusable.”
In a show in Boston on Wednesday evening, Rock addressed the incident, though he did not apologize to Pinkett Smith — who has previously spoken about having alopecia — or mention his mistake over the “four White guys” comment.

“I don’t have a bunch of s*** about what happened, so if you came to hear that, I had like a whole show I wrote before this weekend,” he told the crowd. “And I’m still kind of processing what happened, so at some point I’ll talk about that s***. And it’ll be serious and it’ll be funny, but right now I’m going to tell some jokes.”