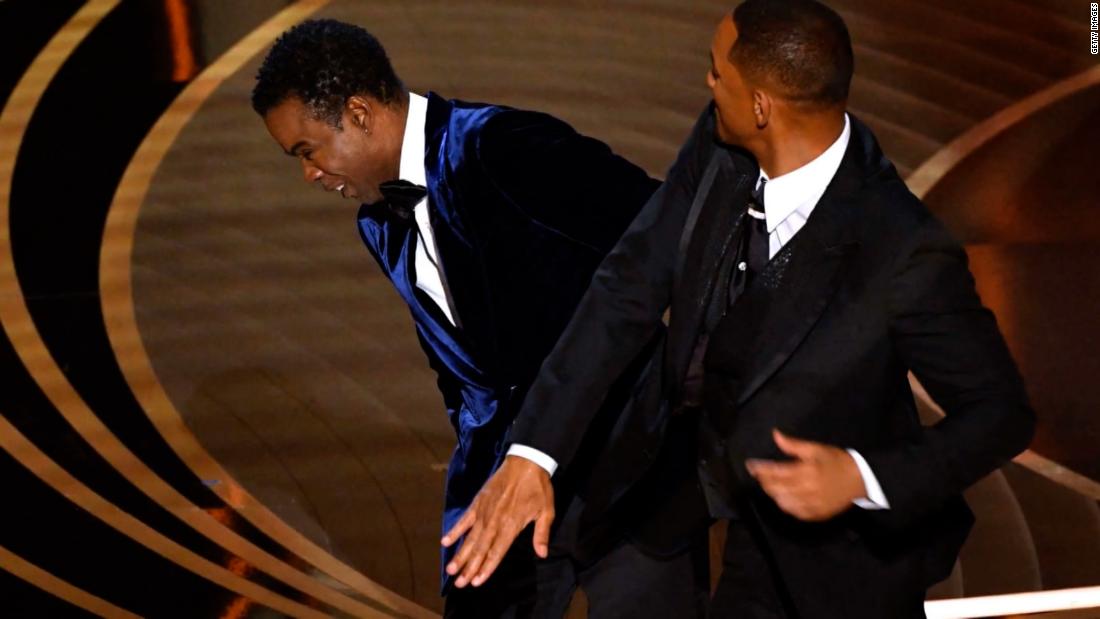 But as Smith — angered by a joke Rock told about Smith’s wife, Jada Pinkett Smith — yelled obscenities from the audience before he walked on stage to confront Rock, Packer realized it was real.
“Once I saw Will yelling at the stage with such vitriol, my heart dropped,” Packer told ABC’s “Good Morning America’s” TJ Holmes in an exclusive interview that aired Friday. “And I just remember thinking, ‘Oh no. Oh, no. Not like this.'”
Right after the incident, Academy leaders asked Smith to leave by way of his publicist, but he refused, it has said. Packer was told Smith was about to be physically removed, and he went to Academy leaders on site and told them Rock didn’t want that to happen, the producer told “GMA” on Friday.

“I said, ‘Rock has made it clear that he does not want to make a bad situation worse,'” Packer said. “That was Chris’ energy. His tone was not retaliatory, his tone was not aggressively angry, and so I was advocating what Rock wanted in that time, which was not to physically remove Will Smith at that time.”

The first-time Oscars producer had “never felt so immediately devastated like I did in that moment,” as he watched Smith slap Rock, Packer said, then rushed to Rock as he exited the stage to confirm Smith indeed had struck him.

“I said, ‘Did he really hit you?'” Packer recounted. “And he looked at me, and he goes ‘Yeah.’ He goes, ‘I just took a punch from Muhammad Ali,’ as only Chris Rock can. He was immediately in joke mode, but you could tell that he was very much in still shock.” Smith portrayed the famed boxer in the 2001 film “Ali.”

The show was going well up until the point of the slap, Packer said, and he credited Rock’s composure with having helped salvage the remaining portion of the show.

“Because Chris handled the moment with such grace and aplomb it allowed the show to continue,” Packer said. “Because Chris continued the way he did, he completed the category [best documentary], he handed the trophy to [winner] Questlove – who is somebody else I feel was really robbed of their moment – it gave us license in a way to continue the show which is what we were trying to do.”

Los Angeles Police Department officers soon came into Packer’s office, he told “GMA,” and said to Rock: “This is battery” and that they were prepared to arrest Smith that night.

There has been controversy over the standing ovation Smith received for winning the best actor award for “King Richard” moments after he slapped Rock.

But Packer said he has a different perspective and believes that people were celebrating Smith, not the action he had just taken.

“I think that the people in that room who stood up stood up for somebody who they knew,” Packer said. “Who was a peer, who was a friend, who was a brother who has a three-decades-plus long career of being the opposite of what we saw in that moment.”

Smith publicly apologized to Rock the next day via social media. Smith also reached out the next morning to Packer, apologized and expressed his embarrassment, the producer said.
The Academy has initiated “disciplinary proceedings” against Smith.