Chris Rock insisted he did not want to press charges against Will Smith, Oscars show producer says 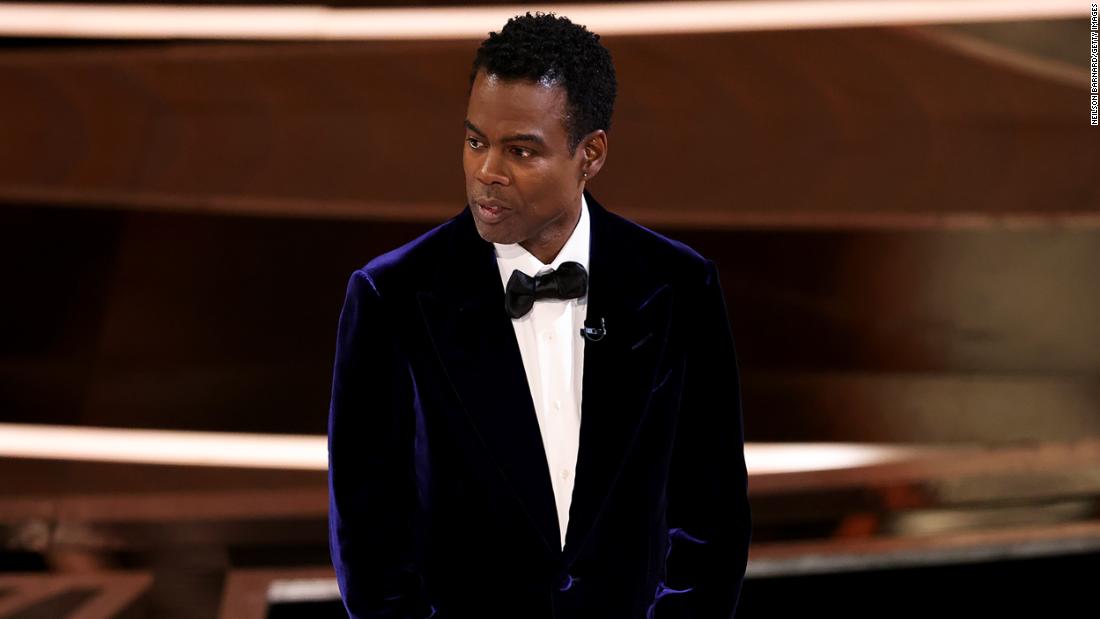 In an excerpt of an interview with ABC News, aired Thursday on “World News Tonight,” producer Will Packer said LAPD officers told Rock, “This is battery” and that he could press charges, and they were prepared to arrest Smith that night.

“They said, we will go get him. We are prepared. We are prepared to get him right now. You can press charges. We can arrest him. They were laying out the options,” Packer told ABC. “And as they were talking, Chris was … being very dismissive of those options. He was like, no, I’m fine. He was, like, no, no, no.”

The LAPD put out a statement on the night of the Oscars, saying, “The individual involved has declined to file a police report.”

Rock made a brief reference to the incident Wednesday at a stand-up show in Boston, his first public appearance since the Oscars. He told the audience he was “still processing what happened” and would have more to say at a later date.

Smith met with leadership from the Academy of Motion Picture Arts and Sciences earlier this week on a Zoom call and apologized, a source close to the situation told CNN.

The meeting on Tuesday lasted for 30 minutes, during which Smith “apologized and they heard him out,” the source said, adding that Academy members told Smith “his actions would have consequences.”

Smith has maintained a low profile on social media since issuing a lengthy apology on Monday.

“I was out of line and I was wrong,” he wrote in part. “I am embarrassed and my actions were not indicative of the man I want to be. There is no place for violence in a world of love and kindness.”

A source earlier told CNN that Academy leadership “firmly asked” Smith’s publicist for the actor to leave the ceremony following the on-stage incident, but Smith “refused and that was communicated back to Academy leadership,” the person said.