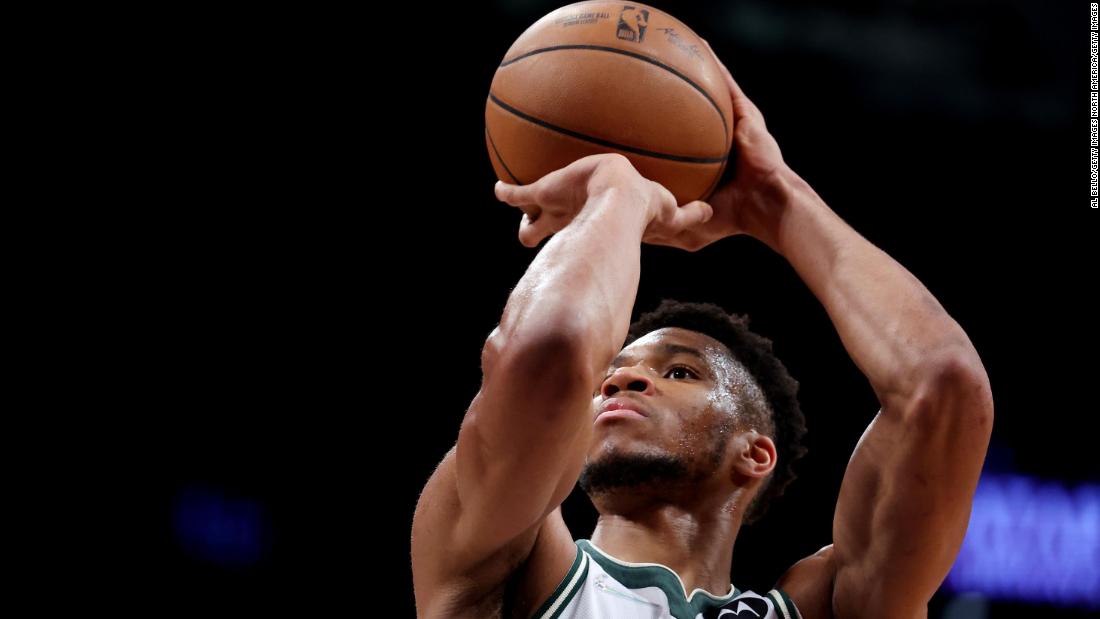 The ‘Greek Freak’ scored an impressive 44 points and added 14 rebounds and six assists in 39 minutes of action as his side edged to a 120-119 victory in New York.

The 27-year-old made 14 of his 21 shots to move past Hall of Famer Kareem Abdul-Jabbar’s previous franchise record of 14,211 points.

Antetokounmpo took the game into overtime, and broke the record, after hitting a three-pointer with 18.7 seconds left of regulation time and then sank the tie-breaking free throws with three seconds remaining in OT.

“I’m changing the narrative,” he said, claiming he wasn’t aware of when he broke the record. “I don’t want to be the guy only that dunks and runs.”

“It doesn’t really matter because at the end of the day if you don’t have a successful season […] nobody is going to remember this.

“I want myself to stay humble. The more humble I get, the more hungry I stay, the more things I can accomplish.”

“He’s improved his game a lot and it’s shown — from the free throw line to his fadeaway to his three-point shot. From last year to this year, it’s so much better. I felt like us kind of hanging on his coattail in that way gies us confidence as well,” Holiday said to the media.

Despite Antetokounmpo’s heroics, Brooklyn star Kevin Durant had a chance to win it for the Nets.

Durant recorded 26 points, seven rebounds and 11 assists for the home team but missed a last second three-point attempt in OT which would have won it.

But the Bucks survived and have now won 12 of their last 15 games.