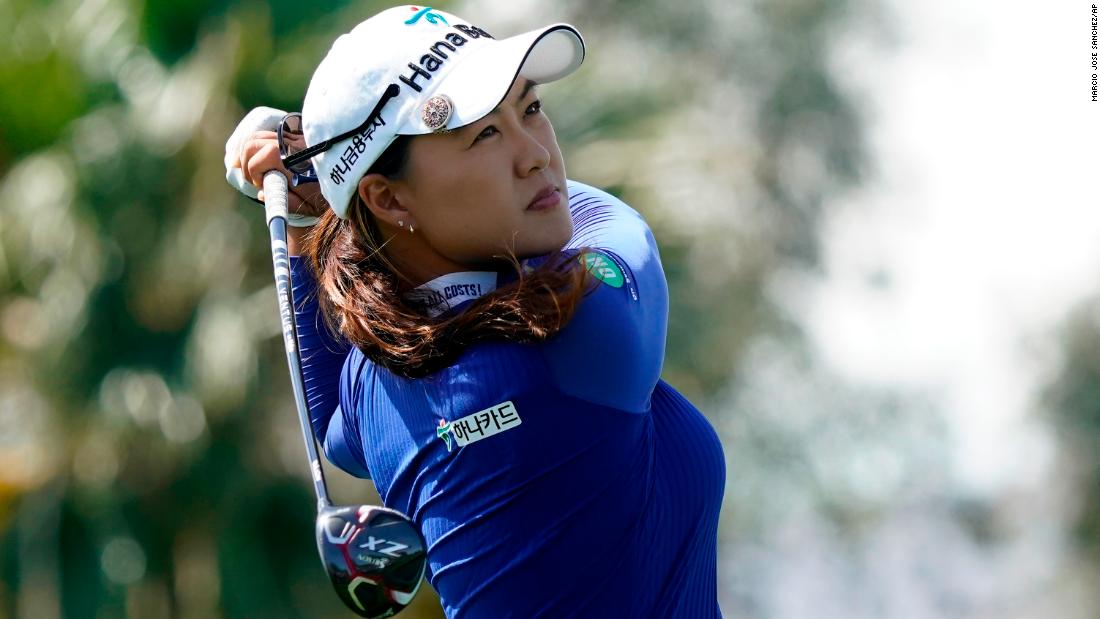 Meanwhile, Ko Jin-young, the current world No.1, struggled to a two-over-par 74 and is in danger of missing the cut.
Defending champion Patty Tavatanakit sits a shot behind the leading pair, while a group of six players including the 2015 winner, Lydia Ko, are tied for fourth another shot back.

Lee and Kupcho were among the early starters and took advantage of the sunny morning conditions to top the leaderboard after the first day.

“It was perfect,” Lee said to the LPGA, following her bogey-free round. “Not like a breath of wind when we played. Maybe just a tiny bit but conditions are great. Putting greens are rolling real nice. I don’t think you can get better than that.”

“I have one major under my belt, but I want a little bit more,” Lee added, referring to her first major win at the Evian Championship last year.

Kupcho has yet to win an LPGA Tour Title although she has been in contention many times, recording five top-10 finishes in 2021, including a runner-up finish at the LPGA Drive On Championship.

“Honestly, I think it’s just being comfortable on this golf course,” Kupcho told the LPGA. “I get here and I just, I feel comfortable. I love this place.”

She began her round in some style, getting nine birdies in the first 14 holes, before two consecutive bogies on the 15th and 16th holes tempered her momentum.

Ko also hit two bogies during her uncharacteristically wayward opening round to finish the day in a tie for 78th place, and end her record-breaking streak of 34 consecutive LGPA rounds under par.

“I was hitting lots of great shots, but my putting wasn’t good,” she said to the LPGA. “I couldn’t see the break as much or speed. Everything was wrong.”

Three more rounds will decide this year’s Chevron Championship winner — the last winner to be crowned at Mission Hills Country Club as the tournament is moving to Houston next year under a deal with Chevron.