Leon Bridges is on his way to the Grammys. This photographer feels blessed to be documenting his journey 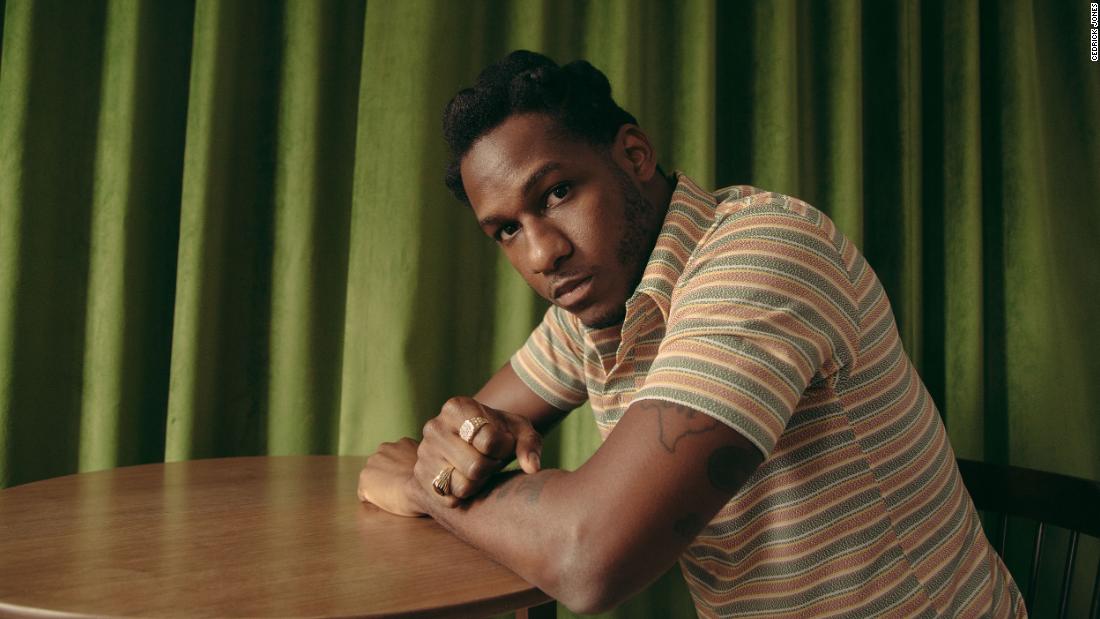 Bridges’ slow but steady rise to stardom has been captured behind the lens by a soft-spoken Nashville photographer named Cedrick Jones. His beautiful images of Bridges on tour are not just about the moments when the singer takes the stage. They also capture the stillness and joyful moments behind the scenes.

For Jones, who moved to Tennessee after high school to pursue a photography career, the job is a dream.

“We met through Twitter,” he told CNN in a recent interview. “He was in Nashville one evening and he just tweeted out, ‘Any photographers in Nashville want to come shoot?’ So I was just one of the many photographers that mentioned back, ‘let’s work, let’s work.’ And I didn’t really think too much of it. It’s like he probably won’t see this.”

Although that encounter didn’t turn into an immediate gig with the singer, it was just the beginning for Jones.

“I came to rehearsal, took some photos and I know he already had a photographer on the tour, but it was just cool of him to bring me out to rehearsal, just to shoot some behind-the-scenes stuff,” Jones said.

“I guess after that he just kind of liked what I did for that rehearsal. And I got a call at like 10 o’clock that night asking me if I could come on tour for like a month … it was just good timing … we just clicked.”

Jones accompanied the singer again on tour in the fall of 2021. He says that Bridges has elevated his photography to new heights. Now he finds himself constantly trying new techniques, using film instead of a digital camera.

One of his favorite photos happened when they were preparing for a show in Atlanta and Jones got an idea.

“I was literally sitting in my hotel room and I was looking out the window and I saw these curtains, just like a really cool forest green kind of color,” he said. “I went to his room, just took some photos, moved some chairs around and told him to sit in front of the curtain cause I’ve always wanted to shoot in front of like a really fun, cool hotel curtain.”

Behind the scenes, Jones says Bridges is shy at times. But it’s in those quiet moments when he gets to soak in the experience.

“He doesn’t rush anything. He’s patient … sometimes you just catch him sitting around, just like playing a record, a song that he hasn’t finished yet, but just like a few lines and he just, like, keeps planning,” he said.

Bridges has his hair styled by his mother, Lisa Sawyer, in New York City before his appearance on “The Late Show with Stephen Colbert” in September 2021.

Bridges is seen during a rehearsal in Aspen, Colorado, in October 2021.

Jones said he enjoys seeing performers like Bridges work themselves up before a show.

“You’re hanging out with them, and they’re normal people, but then when they hit the stage, it’s like a switch! I love seeing that switch. It’s like, oh, snap, like, this is Leon Bridges. You know what I mean?”

Another standout moment for Jones was a time in New York City when Bridges’ mom was grooming his hair.

“It’s just such a special moment. I didn’t realize it until after I shot (it),” he said. “That was really cool, just to kind of see how effortless it is for her to do his hair.”

Jones doesn’t take these moments for granted and is grateful to be along for the ride.

“I’m from Mississippi. I was never like, flying around like that, you know, airplanes. So I had to get used to stuff like that and visiting different cities, just trying new stuff and visiting places. I just never grew up thinking I would ever be able to (do this) … it’s just been fun,” he said.

“Like you’re a fan of the music, but when you get the love person? It’s almost like a fun hang with your friends and you get to work.”