The challenge of staying sober on reality TV 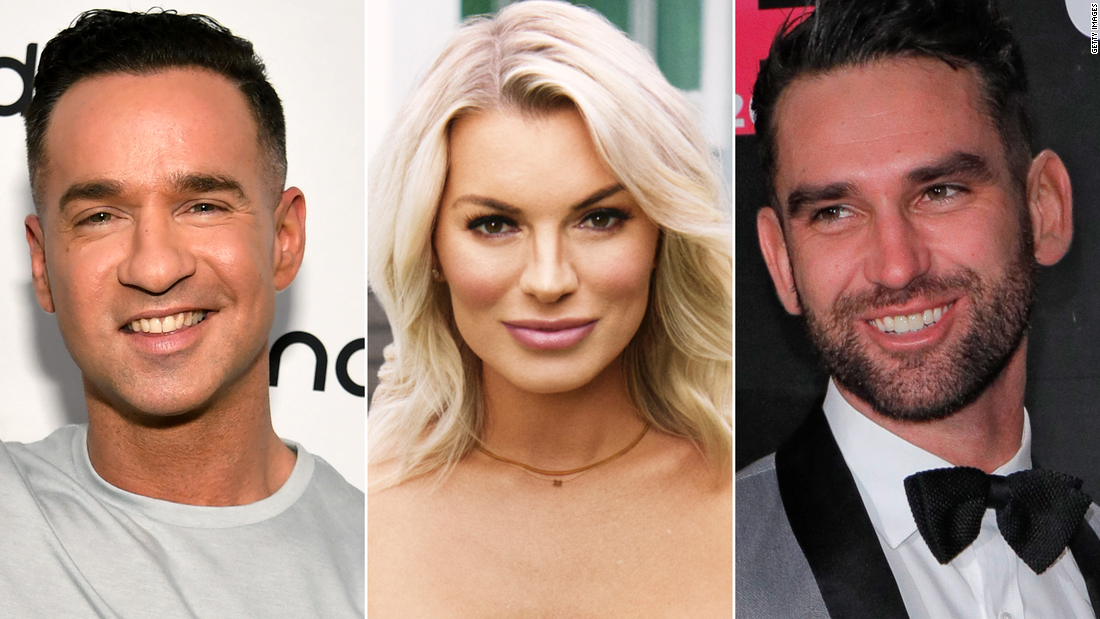 Tables have been flipped, torches in the Hamptons have been tossed, and plenty of fists thrown by cast members under the influence. Many reality stars have encountered the law, have been arrested and sat in jail cells after imbibing. It’s become so normalized, it’s almost expected some cast members will drink and chaos will follow.

So what happens when you’re appearing on reality TV and you’re sober? Fears of becoming boring, not having a “storyline,” or falling off the wagon are just a few worries. But for those who have given up alcohol, their sobriety is more important than anything else. Even a show.

Former “Real Housewives of Orange County” star Braunwyn Windham-Burke revealed during the 2020 Season 15 premiere of the Bravo show that she is an alcoholic who is now sober. She tells CNN that seeing her own actions on the series and calling herself an alcoholic out loud on TV helped start her journey to recovery.

“I was drinking to the point that I was blacking out,” she tells CNN. “I had been having babies back to back for seven, eight years that time. So, for me, I was like, this is amazing. I get to have a job where I get to get drunk and go out and I get to do it in a really cool way. You know, when you’re filming, you’re isolated in this little safety bubble, you’re gonna get home. You know, everything’s gonna be taken care of. It was the dream. When it first started, it was so much fun. I had been a stay-at-home mom for 19 years. I’ve never had a job. I’m like, this is the best job ever.”

One morning producers asked her to make a call to talk about a fight that had happened the night before. She had no recollection of it. She began carrying a bottle of tequila around in her bag. Alcohol was a constant presence in scenes.

“Whenever you’re filming, they have alcohol there. They ask you before you go on a trip, what kind do you like? They get to know what your favorites are,” she says. “I drank so much that they had to go get more. I don’t know where it came from, but it appeared.”

Windham-Burke says while producers “don’t force you to drink,” alcoholic beverages were “readily available” and that sometimes during scenes, castmembers were discouraged from eating.

She’s been sober more than two years now, and says having the accountability to the viewers keeps her accountable to herself.

“I work a program. I have a sponsor,” she says. “I worked the steps, but there were some low moments moments at the beginning where the fans and the outreach on Instagram were so important to me that I didn’t wanna let them down.”

‘I made changes to stay alive’

“Summer House” cast member Carl Radke has undergone such a transformation on the Bravo series that he has turned from off-the-rails party boy to a calm, sober presence in the house. He remained on the show while struggling to get sober, Radke tells CNN, and is currently 14 months clean.

He says watching himself act like a fool on TV helped him realize he wanted wanted to be a better man.

“We have the fortunate luck of being able to re-watch how you behave and how you act. I don’t think I truly fully understood my relationship with alcohol until way into being on the show and just watching things back. A lot of my behavior, certainly, I’m not proud of,” Radke says. “Then when you read stuff and have audiences and the population weigh in, it’s very sobering. And when I get drunk, I get angry and say crazy stuff and do dumb things. Season 4, you know, there were episodes that I couldn’t watch back because I was so embarrassed.”

Radke says he didn’t want to live like that anymore. Audiences also saw his struggles with his mental health after his brother Curtis died from a drug overdose in August 2020.

“I made a commitment to try and get sober because I have a family that has addiction,” he says. “When you go through the depths and the scariness that I had, it’s obviously very hard because it’s scary to tell your friends and your family, like, ‘Hey, I got a problem. I’m not gonna drink. And can you support me? ‘”

Radke says producers and his castmates have fully supported his journey, although alcohol is still ever present in the house.

“When you ask for help and the ones that really care and love you, they came out and they were incredibly supportive,” he adds.

Heading into filming in the summer of 2021, Radke had five months of sobriety under his belt. He now goes go to daily addiction meetings and meditates every morning.

“I was very vocal that I struggled with drugs and alcohol and I needed to put that out there to hold [myself] accountable,” he says.

“I can have a good time without alcohol. And yes, it was a challenge to myself, but I also knew and deep down like, ‘Hey, I can maybe help some people too by really doing this.’ I didn’t make changes for ‘Summer House.’ I made changes to stay alive.”

Radke’s “Summer House” castmate (and now girlfriend) Lindsay Hubbard says she will be sober for the series’ reunion taping. If you’re a viewer, you know Hubbard was known in the house for her love of wine. She’s gone through a few relationships on air, but finally worked it out with Radke when the two gave their love another try.

Hubbard has been sober for five months now, after initially kicking booze in a show of support for Radke.

“We basically had a discussion where I told him I was going to be sober with him,” Hubbard says. “We were gonna get through the holidays together, sober side by side. I ultimately did it because I wanted to be a good partner to him when he needed a partner.”

Hubbard saw Radke through one year of sobriety in January.

“I just haven’t really felt the need to consume alcohol since then,” she says. “We’re always together, we’re traveling and we’re having so much fun, but also just the way I feel, the way I look. The original reason was to get Carl through the holidays but I like the lifestyle of being sober and doing it together.”

Hubbard doesn’t know if her change is permanent, but she plans on staying sober on television.

“The next time you see me on, on TV, I’ll be sober,” she says, adding, “I see things more clearly and let’s just say I’m not as activated.”

‘I was living my worst life’

“Jersey Shore” star Mike “The Situation” Sorrentino will mark seven years of sobriety this year. He says he’s “psyched” about his life now after years of acting out on the MTV series.

“I was single and I was this party animal, I guess. And change is difficult for anyone in any situation. But I knew that I couldn’t turn back,” he tells CNN.

Sorrentino hit his rock bottom in 2014, he says, after he was indicted with his brother, Marc, for tax offenses. After being hit with more charges in 2017, he was sentenced to eight months in federal prison for tax evasion in 2018.

While there, he deep look at his own life, which included aiming to stay sober for good.

“My baby’s turning one and I have four years of a happy, healthy marriage. So things are awesome now, but it really comes down to taking one day at a time and applying those principles and never giving up,” he says.

At first he didn’t know if he could stay sober.

Sorrentino, who is currently on “Jersey Shore Family Vacation,” says getting sober was the best decision he’s ever made.

“It was and is the best choice I’ve ever made. I’m living my best life right now. Every day is dedicated towards being my best self in every area possible, mentally, physically, spiritually, personally,” he says. “And people are just floored by my transformation. Now I still am able to be a huge, huge contributor to the number one show on MTV in a fun way, in a positive way.”

He says when he first returned people said he wouldn’t be able to contribute and asked if he would be boring.

“Who wants to see the the sober guy?” he says. “Well, in fact, I’m so much a better man than I ever was — at work, at being a friend, at being a son, being a father, at being a husband. And it all comes and starts with my sobriety.”