Will Smith resigns from the Academy 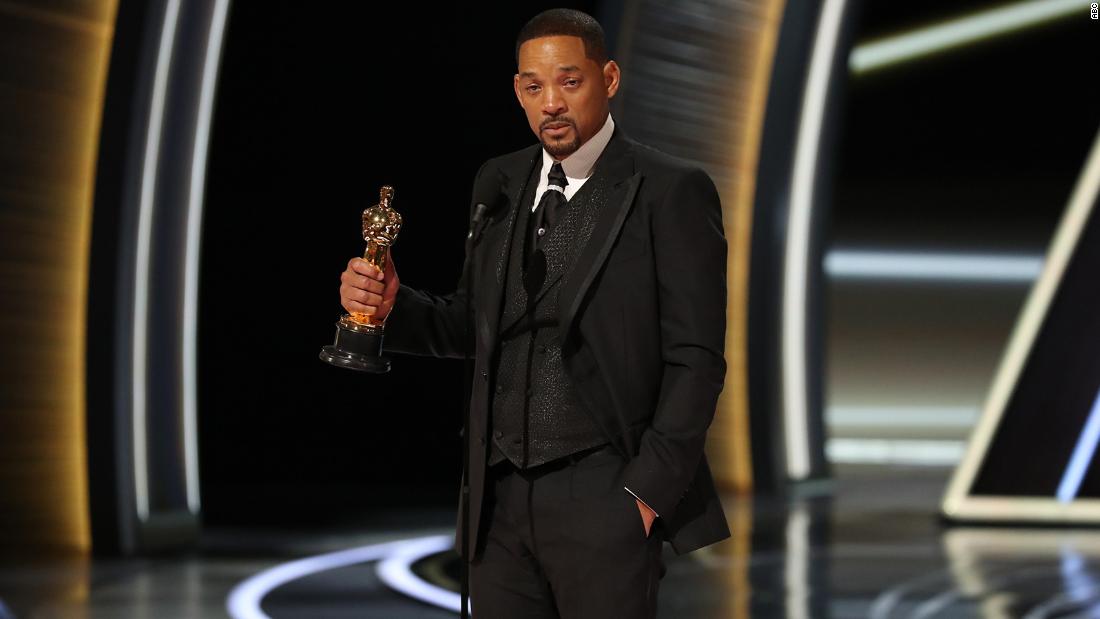 “I am resigning from membership in the Academy of Motion Picture Arts and Sciences, and will accept any further consequences the Board deems appropriate,” Smith said in a statement shared with CNN by his publicist.

Smith’s statement concluded, “Change takes time and I am committed to doing the work to ensure that I never again allow violence to overtake reason.”

After the embarrassing episode at Sunday night’s Oscars, The Academy announced on Wednesday that it had “initiated disciplinary proceedings” against Smith.

David Rubin, President, Academy of Motion Picture Arts and Sciences, said in a statement Friday that the organization has received and accepted Smith’s “immediate resignation.”

“We will continue to move forward with our disciplinary proceedings against Mr. Smith for violations of the Academy’s Standards of Conduct, in advance of our next scheduled board meeting on April 18,” Rubin added.

Disciplinary actions by the Academy could have included suspension or expulsion, along with “other sanctions permitted by the Bylaws and Standards of Conduct,” the organization said.

Instead, Smith has willingly left the acclaimed organization of movie stars, directors and producers.

His statement read in full:

“I have directly responded to the Academy’s disciplinary hearing notice, and I will fully accept any and all consequences for my conduct. My actions at the 94th Academy Awards presentation were shocking, painful, and inexcusable. The list of those I have hurt is long and includes Chris, his family, many of my dear friends and loved ones, all those in attendance, and global audiences at home. I betrayed the trust of the Academy. I deprived other nominees and winners of their opportunity to celebrate and be celebrated for their extraordinary work. I am heartbroken. I want to put the focus back on those who deserve attention for their achievements and allow the Academy to get back to the incredible work it does to support creativity and artistry in film. So, I am resigning from membership in the Academy of Motion Picture Arts and Sciences, and will accept any further consequences the Board deems appropriate. Change takes time and I am committed to doing the work to ensure that I never again allow violence to overtake reason.”

Friday’s statement was by far Smith’s most contrite take on the matter.

He initially apologized to the Academy during his televised acceptance speech for best actor, about forty minutes after the slap. But in that speech, he did not apologize to Rock.

Smith publicly apologized to Rock the next day via social media.

But he was much more critical of himself on Friday, calling his actions “shocking, painful, and inexcusable.”