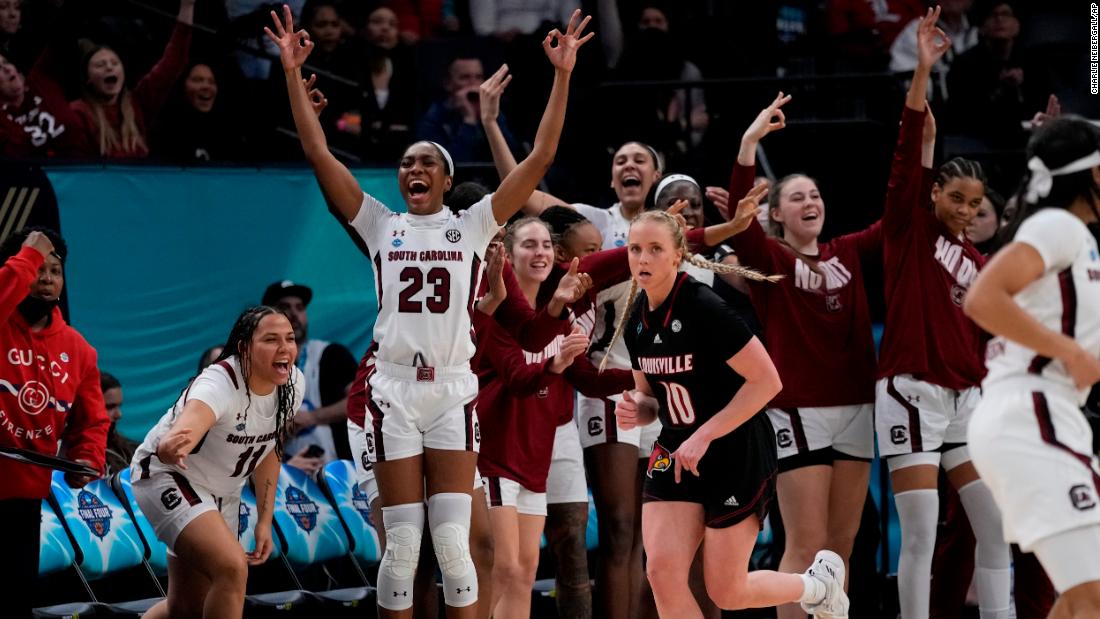 “Fortunately for us, Stanford didn’t have their best stuff, and we made a couple big plays, and by some unknown miracle, we’re playing Sunday night,” he said after the game.

The Huskies made their 14th consecutive Final Four appearance Friday night — a contest featuring two of the most successful NCAA college basketball coaches.

Again, UConn faced a No. 1 seed. This time it was Stanford.

“We did not play very well tonight, and we just — I think we really struggled running our offense,” said Stanford head coach Tara VanDerveer. “I think there were some self-inflicted wounds, what we were doing out there, and it was disappointing,” she said.

VanDerveer, 68, has coached on the collegiate level for more than 40 years. Her first two titles with Stanford came in the early 1990s. Her third came last year against No. 3 seed Arizona, ending a 29-year wait.

“I think we could have cut harder, screened better. … But I think we left a lot out there unsaid, and so that’s hard to swallow that pill where you leave the game feeling like as a team you didn’t leave your best out there,” Jones said. “But you’ve got to give credit to Connecticut. They’re a great team, great coached, had a great game plan, and I think they executed very well.”

The Huskies, 29-5 on the season coming into Friday’s game, have had 11 different starting lineups this season due to a mix of illness and injuries. Still, they entered the NCAA tournament as a No. 2 seed.

“I knew it was gonna be a very competitive sort of sluggish game,” said Paige Bueckers, who was UConn’s top scorer with 14 points. “Both teams are trying to win a national championship. It’s a Final Four game so everybody is going to lay it on the line.”

In the first semifinal game Friday at the Target Center in Minneapolis, No. 1 overall seed South Carolina defeated Louisville, also a No. 1 seed, 72-59.

South Carolina made its fourth Final Four appearance in the last seven NCAA tournaments. Before Friday night, the team had allowed just 41.2 points per game in this NCAA tournament, according to Gamecocksonline.com.

Junior forward Aliyah Boston — the national player of the year who has been the Gamecocks’ top scorer and rebounder this season, averaging a double-double — finished Friday’s game with 23 points and 18 rebounds.

The Gamecocks, who beat both Stanford and UConn this season, won the national title in 2017.

South Carolina head coach Dawn Staley has led the team to three NCAA Final Fours in the last six tournaments before Friday — and a national championship in 2017.

Louisville Cardinals head coach Jeff Walz, in his 15th season, had made three trips to the Final Four before Friday and two to national title games. He was 33-12 in NCAA Tournament games.