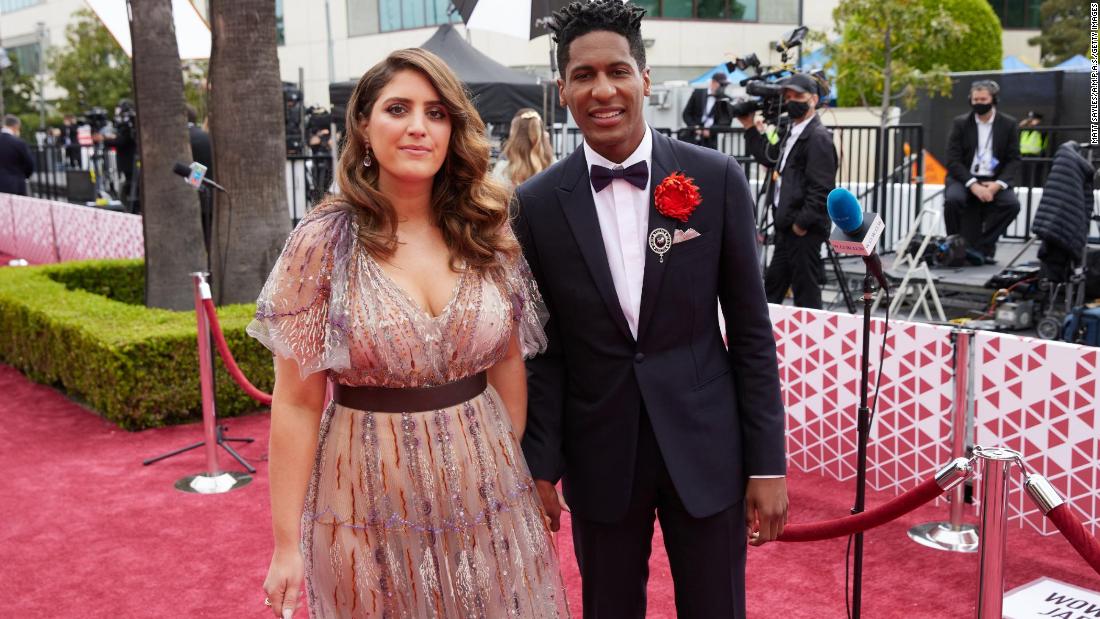 Jaouad, who is the author of the cancer memoir “Between Two Kingdoms,” said the event happened right before she was scheduled for a bone marrow transplant. She had been diagnosed with leukemia for the second time.

“We got married the day before I was admitted to the hospital to undergo my bone marrow transplant,” she told “CBS Sunday Morning.”

Jaouad continued: “We have known that we wanted to get married, I think, from the first week that we started dating. That’s when Jon first brought up the topic of marriage to me. So, we’ve had eight years. This is not, you know, a hasty decision!”

She added that her diagnosis wasn’t actually a factor in the two tying the knot.

“He said to me, ‘I just want to be very clear, I’m not proposing to you because of this diagnosis. It’s taken me a year to design your ring. So, just know this timing has nothing to do with it. But what I do want you to know is that this diagnosis doesn’t change anything. It just makes it all the clearer to me that I want to commit to this and for us to be together. But once we realized we had this tiny window before the bone marrow transplant, we decided to go for it.”

She said the wedding was “tiny” but perfect.

“And I’ll tell you, we walked into that bone marrow transplant unit on cloud nine. We were so happy, so brimming with love and positivity from this beautiful evening that we’d had. And I really believe that that carried us through,” she said.