Olivia Rodrigo accidentally broke one of her Grammy Awards 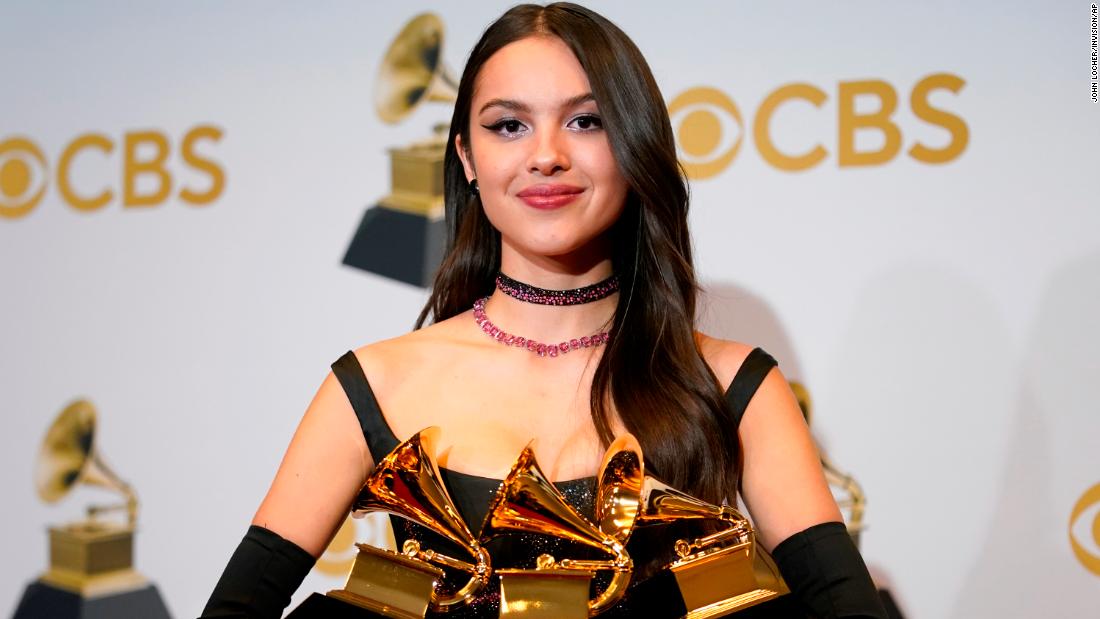 The performance of “Free” was preceded by a video from Ukrainian President Volodymyr Zelensky. Zelensky implored those listening to “tell the truth about war. On your social networks. On TV. Support us in any way you can. Any. But not silence.”

SZA, left, and Doja Cat accept the Grammy for best pop duo/group performance (“Kiss Me More”). Doja Cat joked about how she just barely made it back from the bathroom on time.

From left, H.E.R., Travis Barker and Lenny Kravitz perform together.

Justin Bieber plays the piano while performing his song “Peaches.”

Olivia Rodrigo gets a hug after winning the Grammy for best new artist.

Lady Gaga paid tribute to Tony Bennett with a couple of songs: “Love for Sale” and “Do I Love You?”

Lil Nas X, flanked by backup dancers, performs a medley of songs during the show.

Chrissy Teigen attends the show with her children, Miles and Luna.

Dua Lipa, left, and Megan Thee Stallion present an award during the show.

Billie Eilish performs her song “Happier Than Ever” with help from her brother, Finneas. He also co-wrote the song.

Leon Bridges, left, and Batiste greet each other at the show.