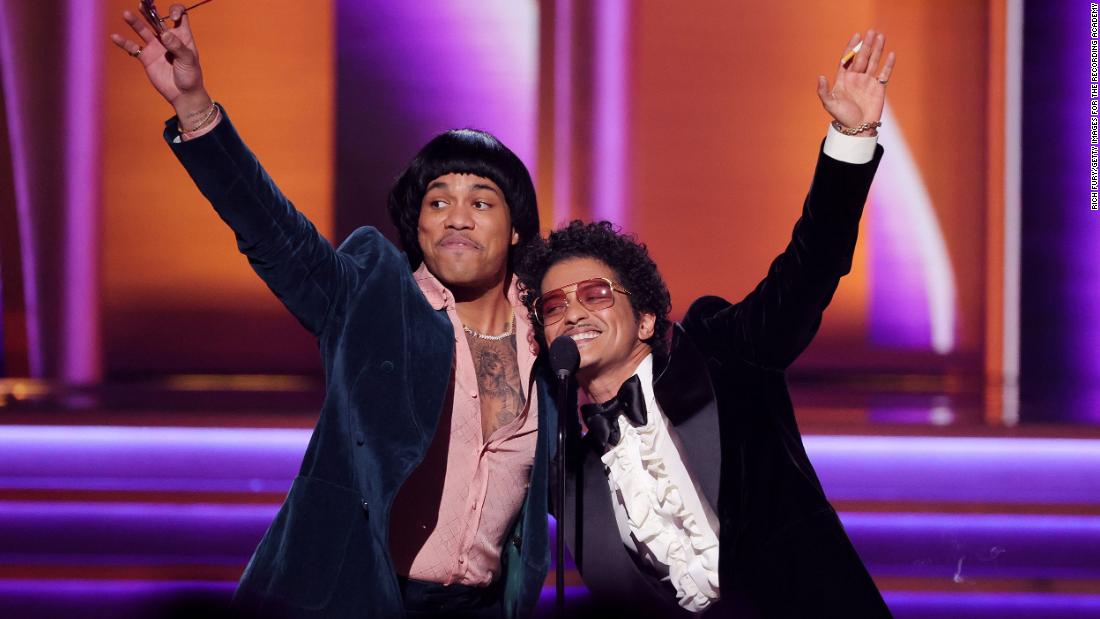 “Our musicians wear body armor instead of tuxedos,” Zelensky said in his virtual remarks. “They sing to the wounded. In hospitals.” He added that “the music will break through anyway” and spoke of his country defending its freedom “to live, to love, to sound.”

Silk Sonic, the superduo of Bruno Mars and Anderson .Paak, won two of the night’s marquee awards — song of the year and record of the year — for “Leave the Door Open.” That also won best R&B song and tied for best R&B performance.

Batiste, who came into the show with the most nominations (11), won five Grammys and took home the last award of the night as “We Are” won album of the year.

Sunday night’s show, which took place at the MGM Grand Garden Arena in Las Vegas, was initially supposed to take place in Los Angeles in January. But it was pushed back and moved because of Covid-19 concerns. As usual, it featured many live performances from top acts across a variety of genres.

Trevor Noah of “The Daily Show” hosted the event for the second straight year.