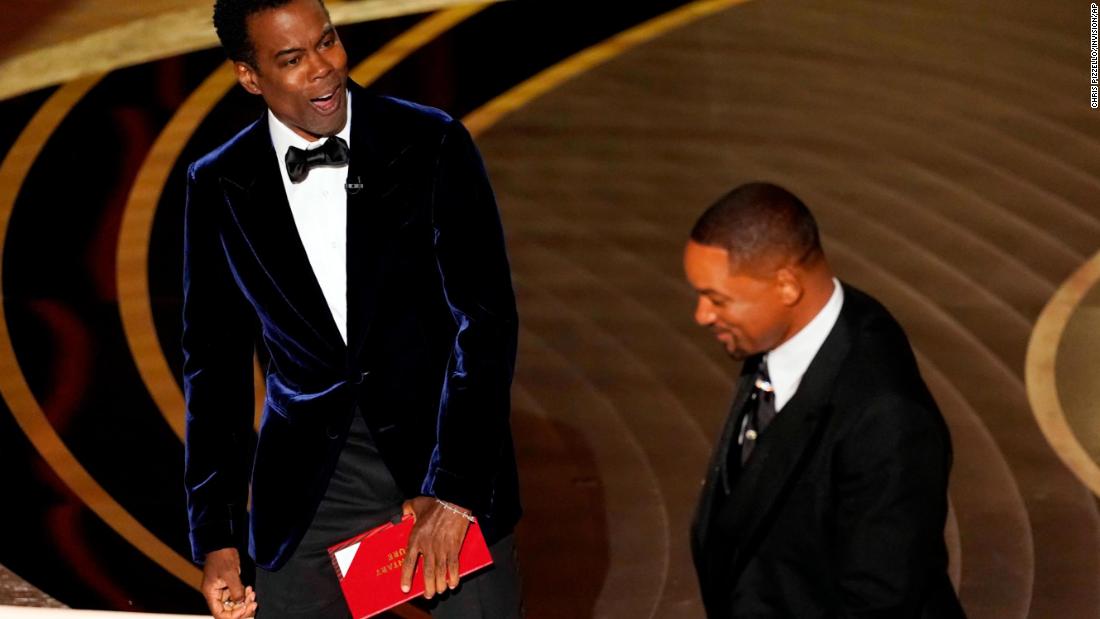 From a family-friendly rapper to a sitcom star on “The Fresh Prince of Bel AIr” and later a box office giant, Smith has built his career on being likeable on screen and off.

Which is one of the reasons many initially hailed him for being his wife’s “protector” when he hit Rock after the comic and actor made a joke from the Oscars stage about Jada Pinkett Smith’s close-cropped hair.

“Jada I love you, ‘G.I. Jane 2,’ can’t wait to see it,” Rock said while presenting the award for best documentary.

Smith then walked on stage, struck Rock, walked back to his seat and yelled at the comic to “Keep my wife’s name out of your f***ing mouth!”

It is unclear whether Rock was aware that Pinkett Smith suffers from alopecia, which is hair loss that can be caused by an autoimmune response.

Smith should be riding high after his win for best actor – which came moments after the slap – for his role in “King Richard.”

But that has been both overshadowed by Smith’s actions that night and could well cause studios to second guess working with the actor, or at the very least delay planned projects.

As Scott Mendelson from Forbes pointed out, “the Oscar incident shattered a carefully crafted 30-year image of approachable, harmless and always-on movie star charisma.”
Much appears dependent on the moves Smith makes going forward, having already publicly apologized to Rock and resigned from the Academy.

Three days after the controversial incident, Rock took to a different stage.

During a comedy show for his “Ego Death Tour” at Boston’s Wilbur Theater, he briefly addressed the slap.

“I don’t have a bunch of s*** about what happened, so if you came to hear that, I had like a whole show I wrote before this weekend,” Rock said. “And I’m still kind of processing what happened, so at some point I’ll talk about that s***. And it’ll be serious and it’ll be funny, but right now I’m going to tell some jokes.”

Many await hearing Rock’s thoughts about not only being struck by Smith, but also if he knew about Pinkett Smith’s medical condition and the aftermath of what has been deemed one of the most shocking moments in the history of the Academy Awards.

Others in Rock’s life have been more vocal.

His younger brother, comedian Tony Rock, took to Twitter to answer some questions including how his older brother was doing.
“Still Rich,” tweeted Tony Rock, who also addressed his brother getting slapped in one of his own standup performances which has been shared on social media.

Days after the Oscars, the Academy of Motion Picture Arts & Sciences announced that it had “initiated disciplinary proceedings” against Smith.

While the actor has already resigned from the Academy, its president David Rubin said in a statement Friday the group “will continue to move forward with our disciplinary proceedings against Mr. Smith for violations of the Academy’s Standards of Conduct, in advance of our next scheduled board meeting on April 18.”

Those actions could include permanent expulsion and anything else deemed within the purview of the Academy’s bylaws and/or standards of conduct.

CNN’s Chloe Melas and Brian Stelter contributed to this report.