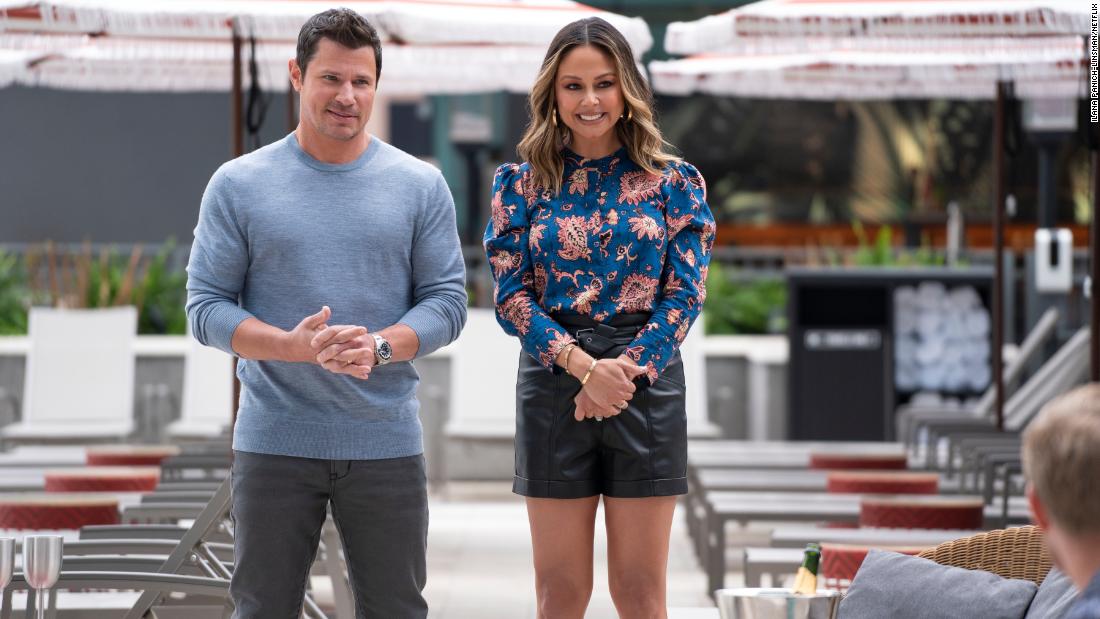 The couple, who host “Love Is Blind” spinoff “The Ultimatum: Marry or Move On,” which debuted Wednesday on Netflix, admitted on the series that at one point after getting serious, they broke up.
“I always said I was going to be that girl that would never give a man an ultimatum,” Vanessa says in a clip from the show, adding that eventually she gave Lachey an ultimatum.

“We dated for five years. So I finally said, ‘What are we doing?'” she recalled.

They both ended up seeing one other person during their break. Lachey says the split gave him perspective, while Vanessa said she also realized her love was with Nick.

“We both saw one other person and we realized that if we got out of our own way, we could be amazing together,” she says in a clip. “But it took seeing somebody else and me realizing I don’t mind the things that I thought bugged me or were holding me back. I don’t mind all that. Like, the bigger picture is how I feel about this person and their values of wanting to be with me and knowing everything about me.”

The two married in July 2011 in the British Virgin Islands. They share three children together, daughter Brooklyn, 7, as well as sons Camden, 9, and Phoenix, 5.

The new series follows six couples who will either get married or break up for good. It premiered on April 6 on Netflix. The final two episodes will be released on April 13.