Actor Will Smith banned from attending Oscars for 10 years 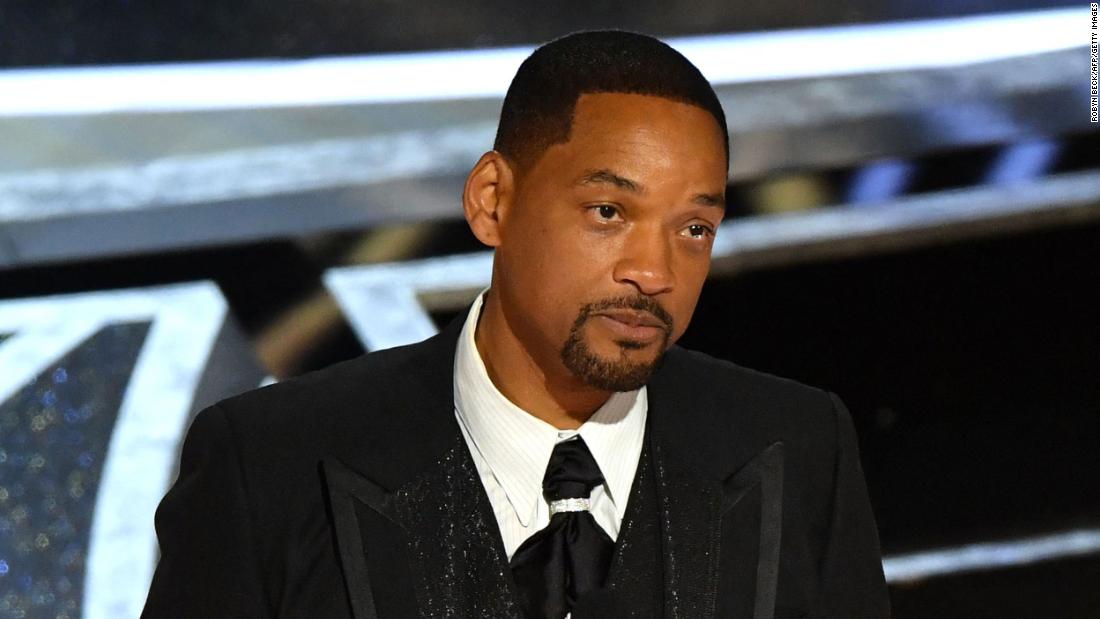 “The Board has decided, for a period of 10 years from April 8, 2022, Mr. Smith shall not be permitted to attend any Academy events or programs, in person or virtually, including but not limited to the Academy Awards,” Academy President David Rubin and CEO Dawn Hudson said in a statement on Friday.

The decision was made during a Board of Governors meeting held earlier in the day in Los Angeles. The meeting, initially scheduled for April 18, was expedited after Smith announced his resignation from the Academy last week.

Smith issued a quick, concise statement on his ban from the Oscars for the next decade.

“I accept and respect the Academy’s decision,” the actor said in a statement to CNN.

CNN has reached out to Rock’s representatives for comment.﻿

The decision came following “tons of debate” on what the consequences of his on-stage slap should be, a board member tells CNN.

The Academy’s letter added: “The 94th Oscars were meant to be a celebration of the many individuals in our community who did incredible work this past year; however, those moments were overshadowed by the unacceptable and harmful behavior we saw Mr. Smith exhibit on stage.”

“During our telecast, we did not adequately address the situation in the room,” the letter went on to state. “For this, we are sorry. This was an opportunity for us to set an example for our guests, viewers and our Academy family around the world, and we fell short — unprepared for the unprecedented.”

The Board of Governors said in a previous statement that they wanted the matter to be “handled in a timely fashion.“

Smith’s resignation means that he is no longer part of the Academy’s voting body, but it does not prevent the Oscar winner from being nominated in the future, a source with knowledge previously told CNN.

What happened and what came next

The actor struck Rock as the comedian was on stage presenting at the Academy Awards on March 27 after Rock had made a joke about Smith’s wife, Jada Pinkett Smith’s, close-cropped hair.

Pinkett Smith suffers from hair loss due to alopecia.

Rock has not spoken in depth publicly about the incident.

Days after it occurred, Rock appeared at a comedy show in Boston as part of his “Ego Death Tour” and said “I don’t have a bunch of s*** about what happened, so if you came to hear that, I had like a whole show I wrote before this weekend. And I’m still kind of processing what happened, so at some point I’ll talk about that s***. And it’ll be serious and it’ll be funny, but right now I’m going to tell some jokes.”
Smith publicly apologized to Rock the day after the incident via social media.
Smith also reached out the next morning to the show’s producer, Will Packer, apologized and expressed his embarrassment, the producer told “Good Morning America.”

During the interview with “GMA,” Packer said officers from the Los Angeles Police Department were prepared to arrest Smith for battery, but Rock said he didn’t want that.

In its letter, the Academy expressed “deep gratitude to Mr. Rock for maintaining his composure under extraordinary circumstances.”

“This action we are taking today in response to Will Smith’s behavior is a step toward a larger goal of protecting the safety of our performers and guests, and restoring trust in the Academy,” the letter concluded. “We also hope this can begin a time of healing and restoration for all involved and impacted.”