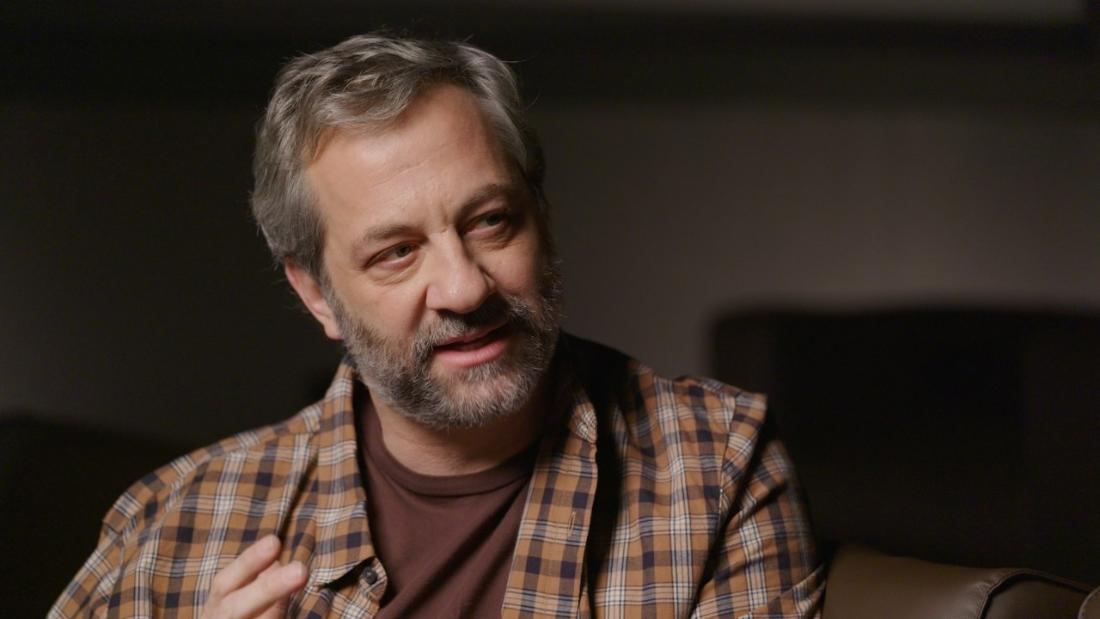 “Hollywood’s waiting to see if that was a fluke or if Apatow can officially write his own ticket,” I said in my piece for “Nightline,” back when I worked for ABC News.

It wasn’t a fluke.

One of the fun biographical details Apatow shared back then was that as a student, he used his high school radio show to score interviews with successful comedians such as Garry Shandling and Jerry Seinfeld. In 2016, Apatow took those cassettes, transcribed the interviews and turned them into his first book, “Sick in the Head.”

Apatow took the opportunity of so many people having so much free time to score interviews with legends such as David Letterman, Whoopi Goldberg, and Will Ferrell as well as younger up-and-comers such as Bowen Yang and Amber Ruffin.

In “Sicker,” they discuss everything from mental health to the pressure of performing to the relentless shuffle of Hollywood. This book allows readers to put themselves in the shoes of their favorite comedians, as they reveal they might not be as comfortable in their own skin as fans imagine.

The interview was fun of course, but Apatow was also thoughtful, candid and even deep. I hope you like it.

What else Jake is reading

‘The Nickel Boys’ by Colson Whitehead

Winner of the Pulitzer Prize, “The Nickel Boys” follows the story of two boys sent to a nightmarish reform school in Florida during the era of Jim Crow. Caught in an unjust and cruel system, Elwood and Turner’s friendship eventually leads to a fateful decision.

‘The Sheriff of Babylon’ by Tom King and Mitch Gerads

King and Gerads come together to create a 12-issue comic thriller centered around Chris Henry, a Florida cop turned military consultant, who is assigned to train cadets in post 9/11 Baghdad. But after his trainee is found dead, he along with his allies, Nassir and Sophia, must find out who killed him despite the unforeseen strings being pulled in the background.

Purchase ‘The Sheriff of Babylon’ through Bookshop.org here

‘Write For Your Life’ by Anna Quindlen

Quindlen, a journalist and novelist, draws from her personal experience to highlight the power in writing and recording our lives. Using authors like Anne Frank and Toni Morrison, in addition to love letters and journal reflections, she makes the case that writing is essential in building connection with ourselves and others.

Purchase ‘Write For Your Life’ through Bookshop.org here

‘The Impossible City: A Hong Kong Memoir’ by Karen Cheung

Born in Hong Kong on the eve of its 1997 handover to China, Cheung writes about it with the knowledge and keen observations of both an insider and a journalist. In a city on the edge of China’s spectacular global rise—among Hong Kong’s artists, students, protesters and cosmopolitan residents—Cheung gives us vivid portraits of the everyday characters and occurrences that make up life in a fast-changing metropolis.

In our ongoing effort to highlight independent bookstores across the country, we salute Orca Books Co-op in Olympia, Washington. Located in the heart of downtown, the decades-old store became a member-owned cooperative in 2020. “Orca Books Co-op is dedicated to providing a safer and welcoming space for all,” the store writes on its website. It sells both new and used books and hosts events.
Do you have a favorite bookstore? Tweet @JakeTapper with your pick and we may feature it in an upcoming newsletter.