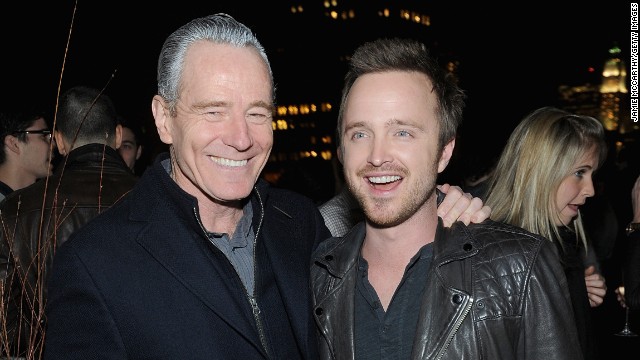 The show’s verified Twitter account confirmed Sunday that Bryan Cranston and Aaron Paul will reprise their “Breaking Bad” roles as Walter White and Jesse Pinkman on the upcoming season of “Better Call Saul,” which is a prequel spinoff of that series.

“They’re coming back. #BetterCallSaul,” the tweet read, along with a photo of the two in character.
Peter Gould, co-creator of the series, confirmed the news Saturday at PaleyFest LA, Variety reported.

“I don’t want to spoil things for the audience, but I will say the first question we had when we started the show was, ‘Are we gonna see Walt and Jesse on the show?’,” he said. “Instead of evading, I’ll just say yeah.”

Other characters from “Breaking Bad,” which ended its run in 2013, have appeared on “Better Call Saul.” But this will mark the first, much-anticipated appearance by the original show’s two leads.

“Better Call Saul” starts its sixth and final season on April 18 on AMC.