‘Killing Eve’ comes to the less-than-killer end of its long, strange trip 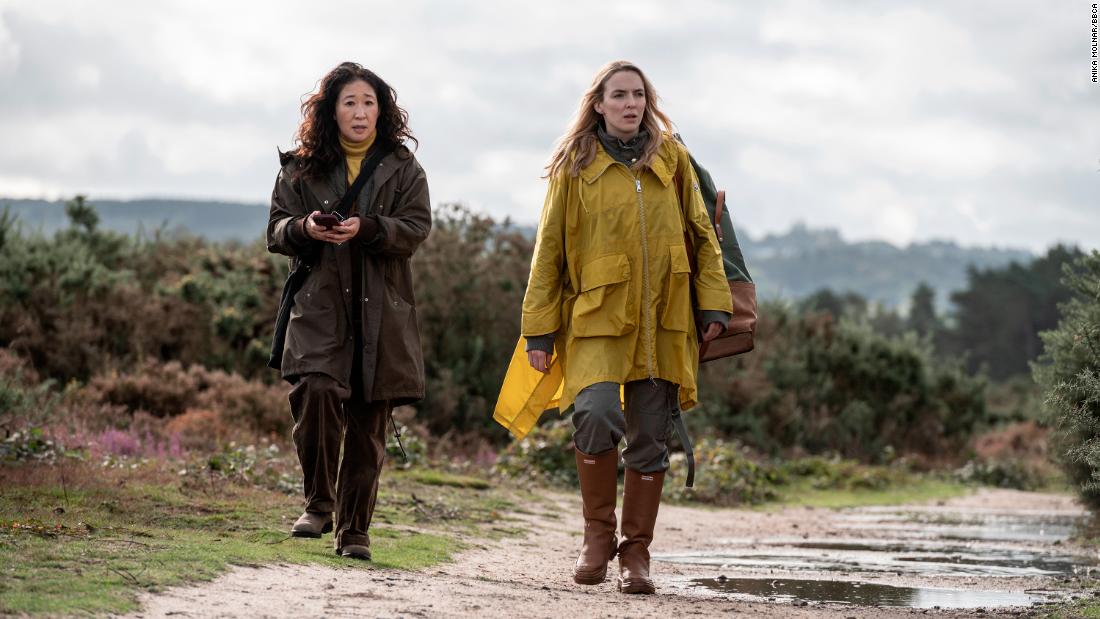 It’s hard to call the “Killing Eve” finale a disappointment, because given the downward trajectory that the show has been on since its buzzworthy first season, expectations have been systemically lowered. “Anticlimactic,” however, fits the bill, especially given the anticipated showdown and ultimate fates of key characters in this less-than-killer finish.

Season 4 started on a particularly clunky note, with the detour involving the trained assassin Villanelle (Jodie Comer) and her time-killing brush with religion. While things improved a bit after that, the show never quite recovered.

There were some major deaths in the buildup to the finish, including Helene (Camille Cottin) and Konstantin (Kim Bodnia) — the latter in typically pointless and tragic fashion — but the idea that the two leads would be reunited and square off with the shadowy organization known as The Twelve still loomed.

Eve (Sandra Oh) did find Villanelle and they embarked on their revenge mission, which, emblematic of the show’s dark and whimsical tone, unfolded at a wedding aboard a ship.

Still, Villanelle’s bloody encounter (after greeting her victims with “Hello, losers”) played out as part of a murkily-shot musical number, offering little sense of what exactly was being done to whom.

The central aspect of the episode thus became the tender romantic exchange between Eve and Villanelle after years of coy flirtation, pregnant pauses and uncomfortable stares. As executive producer Sally Woodward Gentle told the Hollywood Reporter, despite the espionage themes, “ultimately, it’s a love story, and it’s a story about discovering who you really are.”

Then, at the moment of triumph, an anonymous shot rang out, sending Eve and a wounded Villanelle into the water, where more random shots finished off the latter. (In hindsight, it’s a shame she endured healing from getting hit with an arrow in the back in an earlier episode just to be dispatched like that.)

As for Eve, she burst to the surface, but it was hard not to think, “Well now what?” We’ll never know (or at least, hopefully never), because the big block letters “THE END” rolled across the screen, just in case anyone was confused.

“Killing Eve” started off fabulously well under the creative stewardship of “Fleabag’s” Phoebe Waller-Bridge, earning Emmy nominations for both leads and a win for Comer in 2019, drawing viewers into its weird mix of grisly violence and offbeat humor. Yet in hindsight, this was a limited series that didn’t appear to realize it — a show destined to run one season, maybe two, but which couldn’t sustain its delicate juggling act for four.

By the end, as Eve noted, the title character bore little resemblance to the reserved, office-bound MI6 worker that she was when the series began, alluding to her various exploits and marveling, “Unbelievably, I survived,” adding, “For what?”

Despite the strength of the cast, that last part was a question that seasons three and four didn’t satisfactorily answer. Like Eve, in fact, as the finale underscored, “Killing Eve” might have survived but came to bear scant resemblance to the defining qualities that distinguished the show when it began, too.