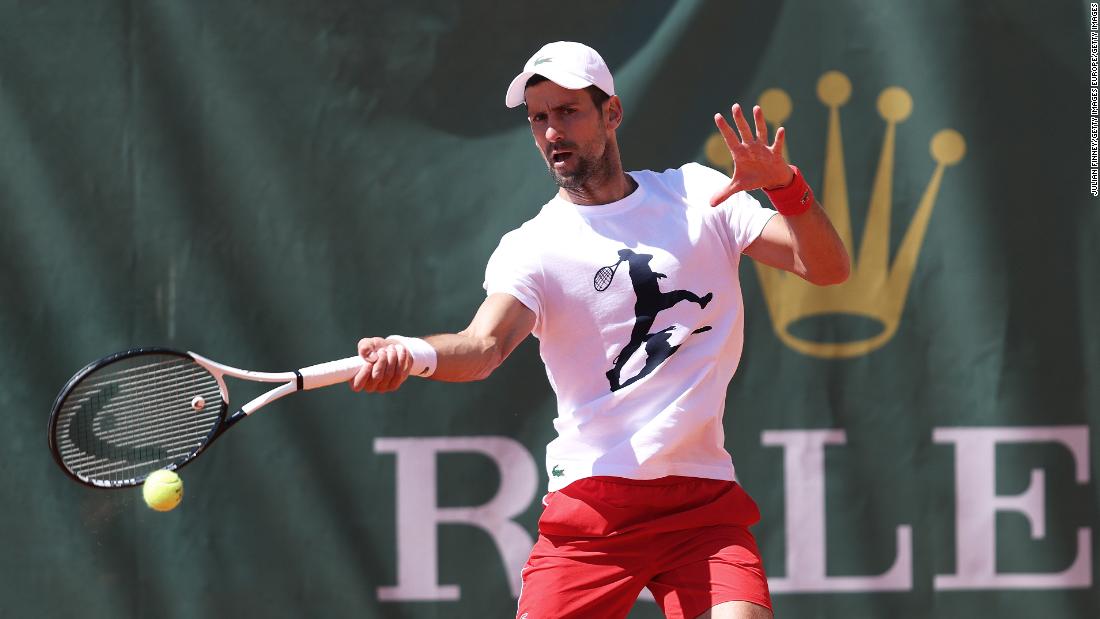 Djokovic is set to play just his second tournament of the year in Monte Carlo and first since he reached the quarterfinals of the Dubai Tennis Championships in February.
That came after he was deported from Australia ahead of the Australian Open having arrived in the country unvaccinated against Covid-19.

“The last four, five months have been really challenging for me mentally and emotionally, but here I am. I try to leave all of that behind me and move on,” Djokovic told reporters on Sunday.

The 34-year-old will face world No. 46 Alejandro Davidovich Fokina on Tuesday as he begins preparation to defend his French Open next month.

READ: Serena Williams appears to announce she plans to play at Wimbledon

In February, Djokovic lost his world No. 1 spot to Daniil Medvedev, but the 20-time grand slam champion returned to the top of the rankings three weeks later after Medvedev’s second-round loss to Gael Monfils at Indian Wells.

“You have to deal with everything that probably has been dormant inside and is maybe waiting to come out,” Djokovic said as he reflected on the Australian Open debacle.

“I’m trying to deal with it on a daily basis or weekly basis, whatever. If something surfaces, I acknowledge it, but I move on.

“It’s not something that is bothering me on a daily basis so to say, I don’t feel like it has left huge scars on me that I’m unable to train or participate in tournaments or live my life, far from that.

“But it has definitely been a very challenging few months and something I’ve never experienced before. So I’ll try to use that as a fuel for what’s coming up.”

In Monaco, a place he has called home for the past 10 years, Djokovic faces the prospect of a quarterfinal matchup against 18-year-old Carlos Alcaraz, who recently became the youngest Miami Open men’s champion in the tournament’s history.

Also competing in Monte Carlo this week are world No. 3 Alexander Zverev and world No. 5 and defending champion Stefanos Tsitsipas.