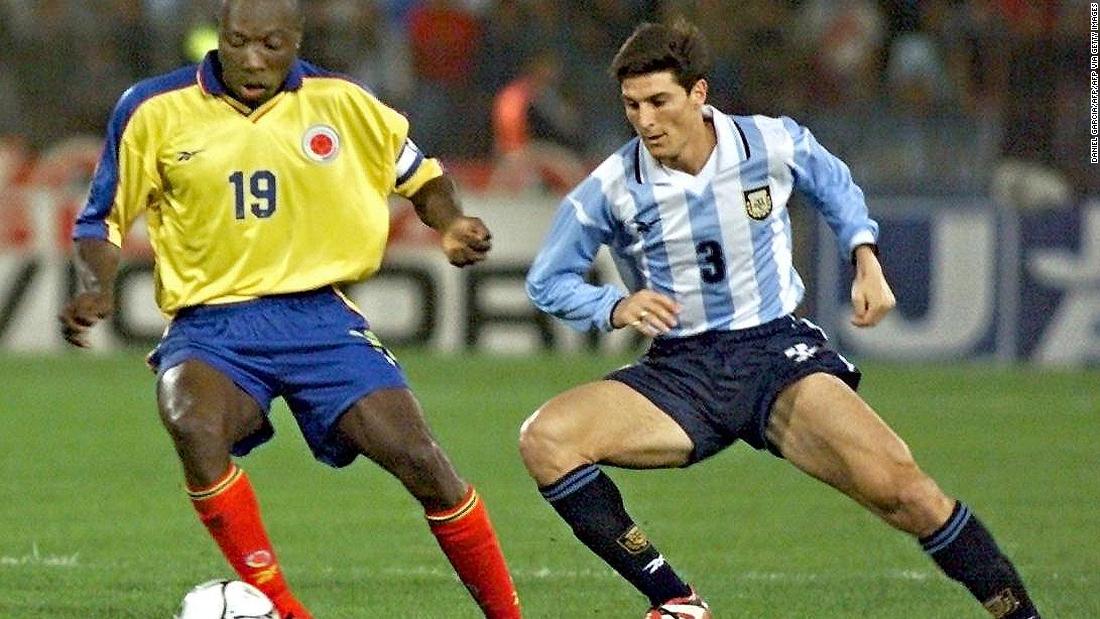 The 55-year-old Rincón was admitted to hospital on Monday following a car accident in the early hours of the day, CNN en Español reported, citing local media.

The accident involved a van with four occupants, including the former player, and a bus, the Undersecretary of Mobility of Cali, Edwing Candelo, told the newspaper, El País Cali.

Five people were injured in the crash, added Candelo.

Rincón underwent surgery which lasted nearly three hours, the Imbanaco Clinic said in a statement later Monday, adding that he has been transferred to intensive care, where he remains in critical condition.

He was born in 1966 in Buenaventura, in western Colombia, and was one of the key players of his country’s golden generation in the 1990s.

Notably, he scored against West Germany at the 1990 World Cup in Milan’s San Siro stadium, his goal coming late in the game to secure a 1-1 draw giving Colombia a place in the round-of-16 after the country’s 28-year absence from the tournament.

Rincón also scored two goals in a famed 5-0 win against Argentina in Buenos Aires in 1993.

In Colombia, he played for Santa Fe and América de Cali, with whom he won three trophies.

In 1994, Rincón joined Brazilian club Palmeiras, before then moving to Europe. He played for Italian club Napoli and then joined Spanish giant Real Madrid, becoming the first Colombian footballer to play for the La Liga club.

Rincón returned to Brazil in 1996, where he won three local titles and a Club World Cup with Corinthians.

He retired as a player in 2004 and later coached third division teams in Brazil. He was an assistant to former Brazil coach Vanderlei Luxemburgo at Atlético Mineiro in 2010 and to Jorge Luis Pinto at Millonarios de Colombia in 2019.