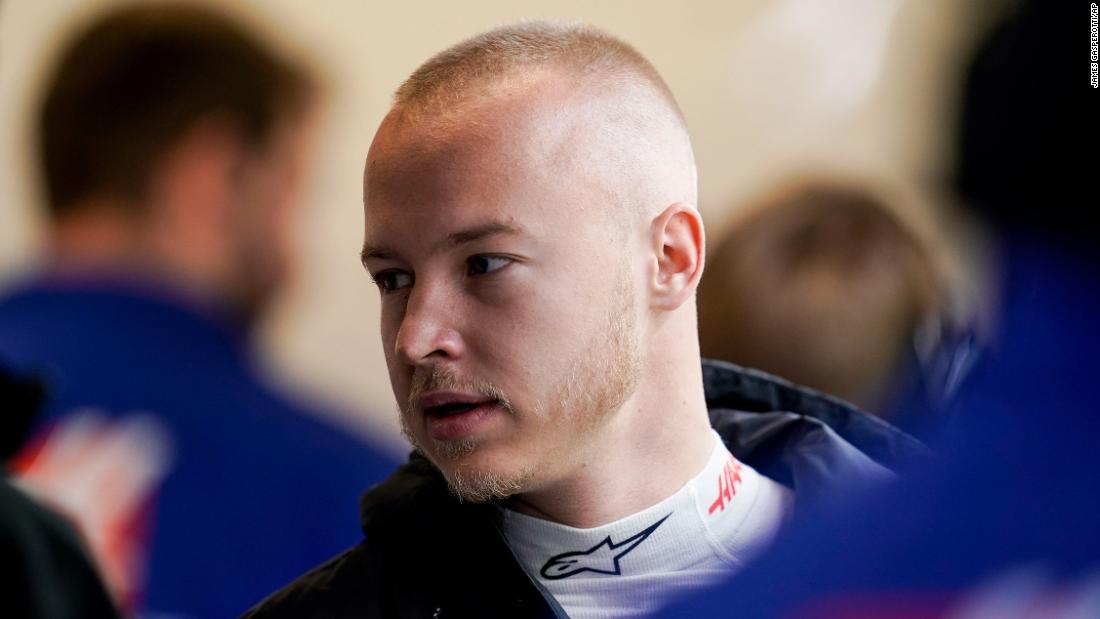 The former Haas driver and his father are included on a list of individuals sanctioned by the EU in early March following Russia’s invasion of Ukraine.

Mazepin Sr. was described by the EU as “a member of the closest circle of Vladimir Putin” since he was invited by the Russian president to a February meeting of 36 other business people to discuss how sanctions would impact Russia.

A statement from the Italian financial police read: “A real estate asset worth approximately 105 million euro has been frozen because the property is attributable to the Russian billionaire Dmitry Arkadievich Mazepin and his son Nikita Dmitrievich Mazepin, until March 5 a Formula 1 driver of the Haas F1 Team.

“The property is a residential compound in Portisco, Sardinia.

“The two Mazepins are among the Russians targeted by sanctions by the European Union.”

The ownership of the Sardinian real estate is connected to the Mazepins via a “foreign company,” the statement added.

Mazepin’s manager declined to comment when contacted by CNN. It is unclear if the manager was speaking for both men, but told CNN, “Neither of them wishes to comment.”

In an interview with the BBC before his Sardinian property was seized, Nikita Mazepin said, “I don’t agree with being in the sanctions. I’ve said previously that I intend to fight it. Perhaps, now is not the right time because if you look at the whole situation that’s happening against athletes and in the general case, it’s cancel culture against my country.”

CNN has also reached out to Dmitry Mazepin through his company for comment.

During the 2021 season, the younger Mazepin drove for Haas F1 team and finished last in the drivers’ championship, before his contract was terminated on March 5 following the Russian invasion of Ukraine.

On the same day, Haas also terminated the contract of its title sponsor Uralkali, a Russian chemical producer that is part-owned by Dmitry Mazepin’s Uralchem company.