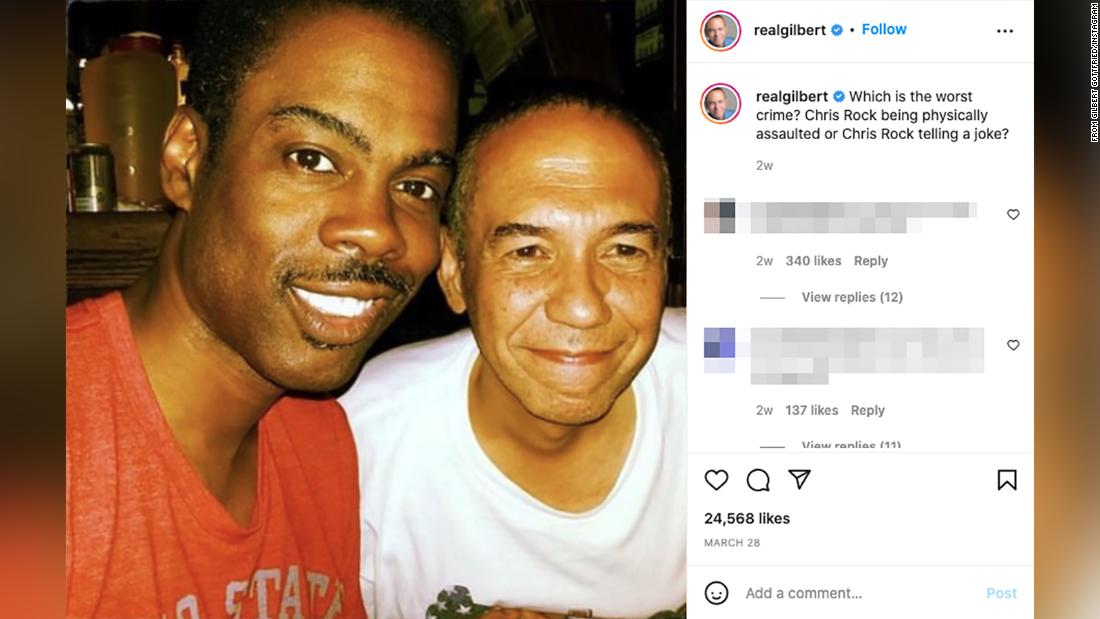 The comic, whose family announced Tuesday that he died at the age of 67 after a long illness, shared a photo of him and fellow comedian Chris Rock.

Rock was slapped by Will Smith while presenting at the Academy Awards after Rock made a joke about Smith’s wife, Jada Pinkett Smith.

“Which is the worst crime?,” the caption on the photo of Gottfried and Rock read. “Chris Rock being physically assaulted or Chris Rock telling a joke?”