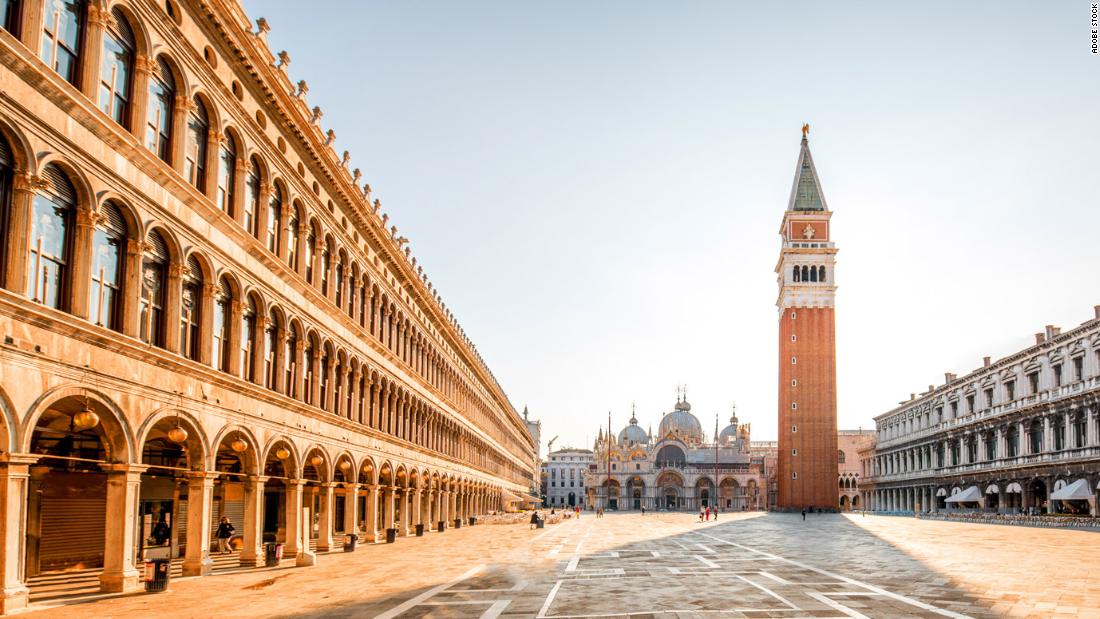 (CNN) — Venice is famously not short of tourists, but its newest sight aims to harness the city’s overtourism problem by pointing visitors towards social responsibility.

The Procuratie Vecchie in St. Mark’s Square — one of the most famous buildings in one of the world’s most famous city spaces — has opened to the public for the first time in history.

Built in the early 1500s to hem in the Basilica of St. Mark, creating the square, after an earlier building was destroyed by fire, the building’s 500-foot, Neoclassical façade is one of the most famous images of Venice. Its ground floor porticoes house historical cafes such as Quadri.

The redevelopment was overseen by architect Sir David Chipperfield.

Now, for the first time, visitors can access its fourth and final floor, where a permanent exhibition has been installed underneath the sloping beamed roof of the building.

Formerly the headquarters of Italy’s Generali insurance company since 1832, the building has undergone a five-year renovation headed by architect David Chipperfield.

While Generali has retained offices on the frescoed second floor of the building, and will rent out the third (including for exhibitions, which will be open to the public), the fourth will become the headquarters of The Human Safety Net, a project that helps at-risk people and families, including refugees.

Part of that is a hi-tech exhibition of the kind that is rarely seen in Venice. Instead of covering history or art, “The World of Potential” looks at social skills via technology. The hands-on exhibits, designed to instil thoughtfulness and empathy in visitors, include teamwork games, and one exercise in which visitors can raise a ball into the air solely by the power of concentration.

The exhibition focuses on social skills.

Of course, this being Venice, there are views a-gogo. Buying a ticket for the exhibition (half of which goes to The Human Safety Net) also nets visitor access to the fourth-floor café, which has two roof terraces pointing straight towards the domes of St. Mark’s Basilica and the famous campanile (bell tower). The terraces don’t have views of the square, as they are below the roof line of the building. However, the top floor rooms have windows looking onto the area which Napoleon is said to have called “the drawing room of Europe.”

The space itself is perhaps the most interesting project. Chipperfield’s renovation has turned the abandoned attic level into a vast series of interconnected rooms, with stone-clad archways interlacing them the whole way along.

There will also be coworking and meeting spaces on the top floor, though those will not be open to the public, or to locals, but used by companies and NGOs coming to spend time in Venice. The café will only be open to exhibition-goers.

Generali previously bankrolled the redevelopment of the Royal Gardens, a popular place to sit between St. Mark’s Square and the waterfront.