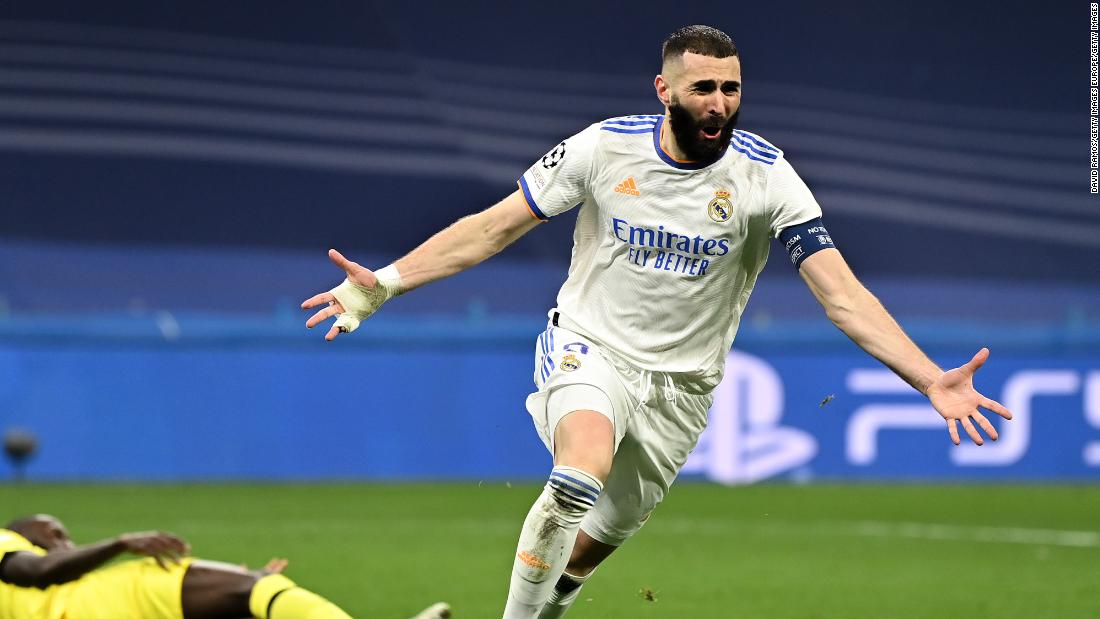 It was Karim Benzema yet again who made the difference, with the Frenchman scoring in extra-time to secure Madrid’s place in the semifinals after losing 3-2 on the night but winning 5-4 on aggregate.
Madrid had taken a 3-1 advantage into the second leg after Benzema scored a hat-trick at Stamford Bridge last week, but the tie was turned on its head after Chelsea fought back to lead 3-0 on the night.

Goals from Mason Mount, Antonio Rudiger and Timo Werner had looked to give the reigning European champion another iconic win in the competition, but Madrid bit back with just 10 minutes remaining to force extra-time.

Madrid’s first goal was simply a work of art, orchestrated by the brilliant Luka Modrić. The midfielder executed a perfect pass with the outside of his boot, allowing Rodrygo to volley home from close range.

Neutral fans welcomed another 30 minutes of chaotic football, and it was Madrid who found the decisive goal in extra-time, with Benzema heading home a brilliant cross from Vinícius Jr.

“The more I suffer, the happier I am,” Madrid coach Carlo Ancelotti told reporters after the game. “It was a lot of suffering, though.

“We won because we had the energy to keep the match alive. The players were brave and faced it like warriors,” he added.

‘There are no regrets’

After looking lackluster in the first-leg, Chelsea was much improved for its trip to Spain and came so close to a memorable win.

The three goals had temporarily silenced the home support and Madrid was struggling to lay a glove on the Premier League outfit.

In truth, Chelsea had chances throughout the game to finish off the tie and even had a goal disallowed by the video assistant referee (VAR) after Marcos Alonso was ruled to have handled the ball before lashing his effort into the top corner of the net.

Even in extra-time, with Madrid hanging on, Chelsea went close a number of times but failed to find the all important goal that would have seen it force a penalty shootout.

Notably, Kai Havertz — who was exceptional in the second leg — should have done better with a free header inside the box which he steered wide.

Manager Thomas Tuchel, who was constantly stalking the touchline and shouting at his players during the match, said he was proud of the team despite being knocked out.

“We went to the full limit today. I’m very proud of my players and I think we deserved to qualify but luck was not on our side,” said Tuchel, who was shown a yellow card for his passionate protests toward the referee in the closing stages.

“There are no regrets. These are the kinds of defeats you can take with pride as a sportsman. The demand at Chelsea is very high and the players responded in a way that makes all of us proud.”

Ultimately, it was 13-time European champion Real Madrid who once again found a way to win and will now face either Manchester City or Atlético Madrid in the final four.