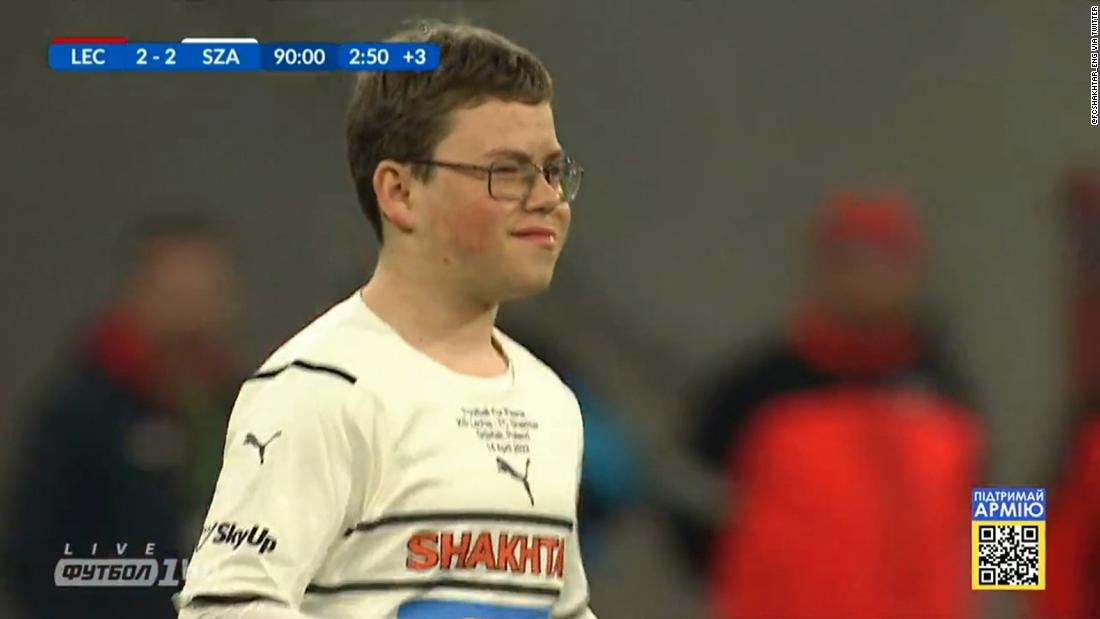 Keda, who fled his hometown of Mariupol in Ukraine after spending three weeks holed up as Russian forces bombarded the city, came on as a last-minute substitute in Shakhtar Donetsk’s charity friendly match against Poland’s Lechia Gdańsk.

And in a touching scene, Keda — having exchanged a few passes with his Shakhtar teammates after coming on — was put through on goal, slotting home before being mobbed in celebration by players from both teams.

Keda was lifted aloft in celebration, with his goal marking the difference in a 3-2 victory for the Ukrainian side.

Shakhtar’s head coach Roberto De Zerbi explained after the match that the decision to let Keda come on and score was “spontaneous.”

The Ukrainian club’s game against Lechia Gdańsk comes as part of the club’s ‘Global Tour for Peace’ which involves playing a number of teams — including Olympiacos, Fenerbahçe and Hajduk Split — in a series of charity games.

As of April 7, over 1.4 billion Ukrainian hryvnia ($47.2 million) had been donated by the foundation set up by Shakhtar owner Rinat Akhmetov and the team to “help Ukraine and Ukrainians during the 40 days of the war.”

“This amount includes humanitarian aid to civilians, as well as assistance to the Armed Forces of Ukraine and Territorial Defence force in dozens of cities and towns,” a statement on the club website read.

Before Thursday’s game at the Polsat Plus Arena, the Ukrainian national anthem was played while a minute of silence was observed for the victims of the war.

Players from both teams wore shirts with the message “Stop war” emblazoned on the front, with the Shakhtar shirts featuring the names of Ukrainian cities affected by the war.

De Zerbi said after the victory in the friendly match that “football is definitely not paramount for us.”

“We currently travel around Europe as guests and are grateful to everyone who gives us the opportunity to play in different cities,” the Italian manager said.

“Today, we are in Poland which is closer to Ukraine. Therefore, of course, it was more emotional. We can say that the two peoples are very similar, and that’s why people in the stands were more emotional.”