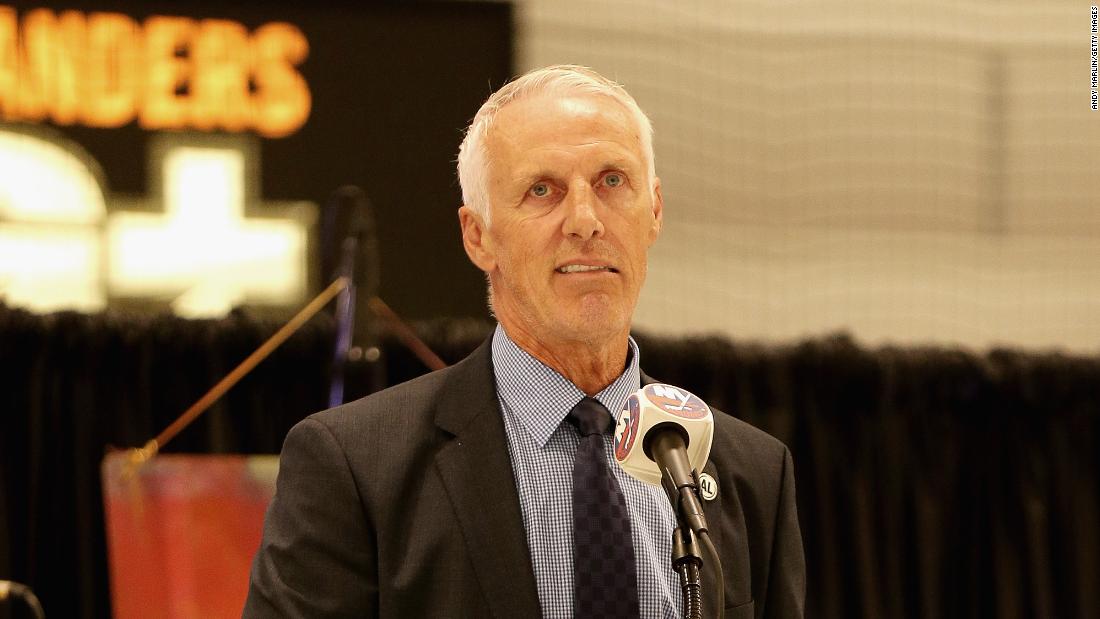 In October, Bossy announced he was stepping away from his job as a hockey analyst with Canadian French-language hockey broadcaster TVA Sports after being diagnosed with lung cancer.

A four-time Stanley Cup winner with the Islanders, Bossy was selected No. 15 in the 1977 NHL Draft and went on to win the Calder Trophy for Rookie of the Year, after finishing with 53 goals and 91 points.

He played his entire 10-year career with the team finishing as the franchise’s all-time leading scorer with 573 goals.

The Canadian hockey player ranks 22nd all-time in NHL history in goals and is notably a member of the group that set the NHL record of 19-straight playoff series wins.

“The New York Islanders organization mourns the loss of Mike Bossy, an icon not only on Long Island but across the entire hockey world,” Islanders President and General Manager Lou Lamoriello said in a statement on Friday.

“His drive to be the best every time he stepped on the ice was second to none. Along with his teammates, he helped win four straight Stanley Cup championships, shaping the history of this franchise forever.

“On behalf of the entire organization, we send our deepest condolences to the entire Bossy family and all those who grieve this tragic loss.”

Bossy was inducted into the Hockey Hall of Fame in 1992 and was named to the NHL’s 100 all-time greatest players list in 2017.

“The National Hockey League mourns the passing of Mike Bossy, the dynamic winger whose goal-scoring prowess during a remarkable 10-year career ranks, by almost any measure, as one of the greatest in NHL history and propelled the New York Islanders to four straight Stanley Cups,” NHL commissioner Gary Bettman said in a statement on Friday.