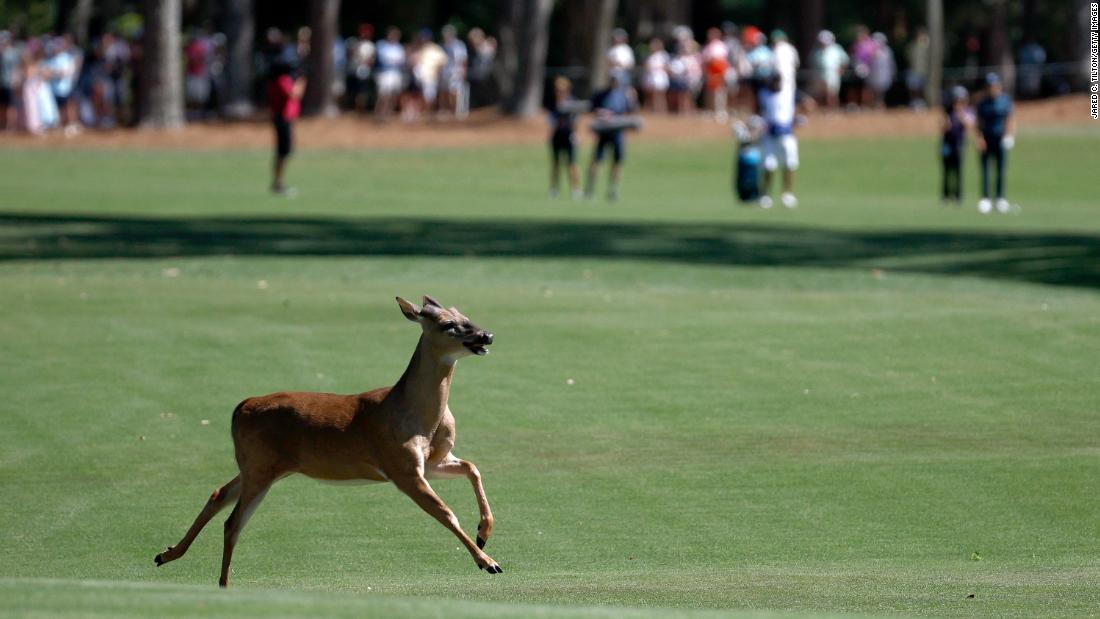 The former world number one was lining up his swing during the second round of the South Carolina PGA Tour event when a deer broke from the trees and proceeded to prance down the Harbor Town Golf Links’ fairway.

Any hopes of the special guest making par were dashed as the deer ended up in a bunker, its brief cameo at the event capped by a trot back up the fairway before a return to the bushes it had emerged from.

Cue the most unusual of bunker raking duties for Michael Greller and Jim ‘Bones’ Mackay, caddies to Spieth and Justin Thomas respectively, as the pair worked to smooth over the hoofprints left in the sand by the visitor.

It wasn’t the only time that Spieth, who at 5-under trails leader Patrick Cantlay by four heading into Saturday’s third round, had to contest with mother nature on Friday.

Earlier during the session the American was about to follow through on his swing when the winds blew a stray leaf inches past the ball, throwing Spieth off. Greller was on hand with a towel before Spieth eventually teed off.

Also representing for South Carolina wildlife was an alligator, pictured basking in the sun on the course before taking to the nearby lake to help give golfers added motivation to keep their shots out of the water.

Players are slated to tee off at 2 p.m. local time for Saturday’s third round, with Cantlay leading Robert Streb by two shots.

The RBC Heritage is into its 54th year of competition, offering a prize pot of $8 million.