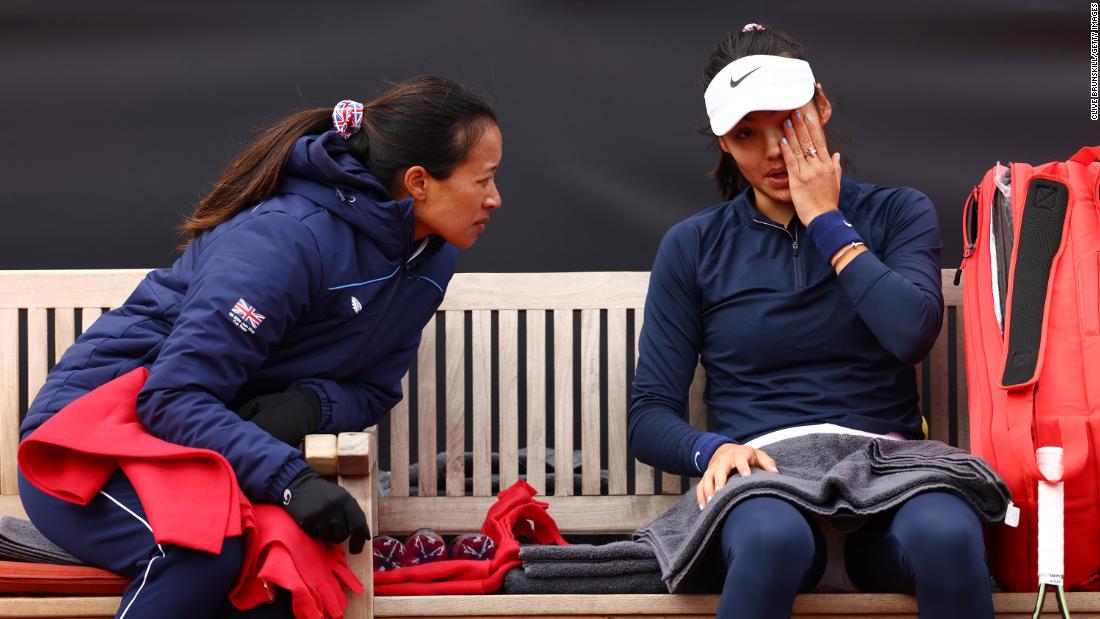 The 19-year-old lost 6-1 6-1 to Czech opponent Markéta Vondroušová in Prague, with Great Britain facing the Czech Republic in a bid to reach the Finals in November.

Raducanu has been hampered by a number of injury woes since her sensational US Open victory last year, retiring from the Guadalajara Open in February with a hip injury in her first competitive match since suffering blisters on her hands in defeat at the Australian Open.

This time on her right foot, Raducanu said her blister in her defeat to Vondroušová was so debilitating that she was left feeling “completely redundant.”

“[The blister] completely stopped me from moving,” Raducanu said, according to The Telegraph.

“It’s tough not to be even able to chase the ball. Even if a ball came around me, I was like struggling to get my feet up out of the way and moving to my backhand. It was compromising every shot I had to play.

“So yeah, it’s very disappointing when you’re out there playing a rubber for your country and you feel like completely redundant. But I guess I can’t really do anything about it.”

Raducanu had been victorious in her first tie against Tereza Martincová on Friday, winning 7-5 7-5 but said the blister had begun to show soon after.

With the French Open looming in May, the British No. 2 now faces a race to arrive in Paris at full fitness, with Raducanu admitting another setback was “frustrating.”

However, she added that, paradoxically, it had served to bolster her belief in her playing ability.

“In some sort of twisted way, it gives me a sense of confidence and relief that I don’t think it’s my tennis that’s the issue,” Raducanu said.

“I think my tennis level is pretty good. It’s just about being able to repeat it or maintain it or not be hampered by any sort of physical issues.

“As soon as I sort all of these things out and keep building on my tennis level, then I think that I’ll be able to put up good matches back-to-back.”