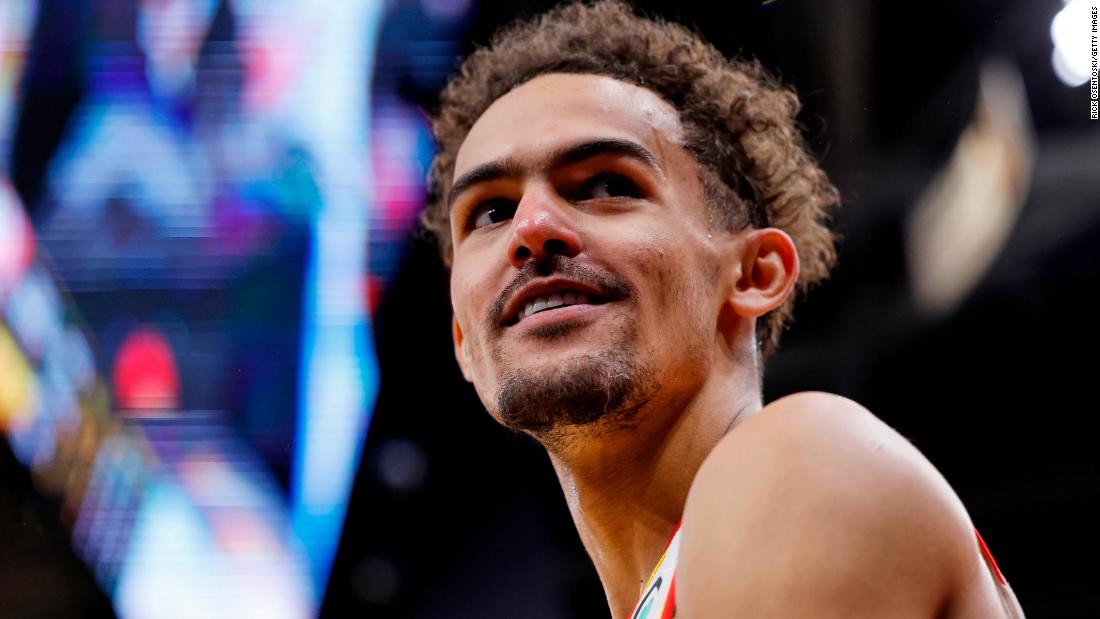 Having blown away the Charlotte Hornets in their first play-in game on Wednesday, the Hawks’ victory over the Cavaliers saw them clinch the eighth seed in the Eastern Conference playoffs and punch their ticket to face the top-seeded Miami Heat on Sunday.

With six points in the first half, Young’s slow start reflected that of his team, who trailed 61-51 at the halfway mark.

Jeered from the outset by a raucous Rocket Mortgage FieldHouse crowd, Young had the last laugh and then some after exploding for 32 points in the second half, his game-high 38-point haul complemented by nine assists and three rebounds.

Bogdan Bogdanovic added 19 points from the bench, while Lauri Markkanen led scoring for the Cavaliers with 26.

Only the second player in NBA history to lead the league in total regular season points and assists, as well as setting a new franchise record for 233 three-pointers, Young’s play-in heroics continue a stellar year for the 23-year-old.

It is perhaps no wonder then that he has attained public enemy number one status on a number of road trips, but Young seems more than happy to play the villain.
At the end of the game, Young turned and waved to the Cleveland home crowd, before later tweeting a picture of the moment with the caption “Let. Em. Know.”

Asked about the hostile reception he received, Young smiled. “That’s OK, you see what jersey I got on,” he told NBA TV Live, lifting up his number 11 jersey.

“They tried a lot of the F-U chants too … I think they yelled them a little bit too early,” Young added.

Though unhappy with how he started the game, Young admitted he relishes situations where his back is against the wall.

“It’s the imagination as a kid that comes out of me,” Young said. “It’s those moments that you dream of when the clock’s running down as a kid when you’re in the gym.

“In pressure moments, in big time games like this, you’re ready for them.”

“Trae has a great deal of confidence in his game, his ability and he continued to believe,” McMillan told reporters.

In the other deciding play-in game, the New Orleans Pelicans triumphed 105-101 over the Los Angeles Clippers to clinch the eighth seed in the Western Conference playoffs.

Brandon Ingram scored a game-high 30 points to help book the Pelicans’ spot, their victory rewarded with a daunting match-up against the league’s best regular season team, the Phoenix Suns.