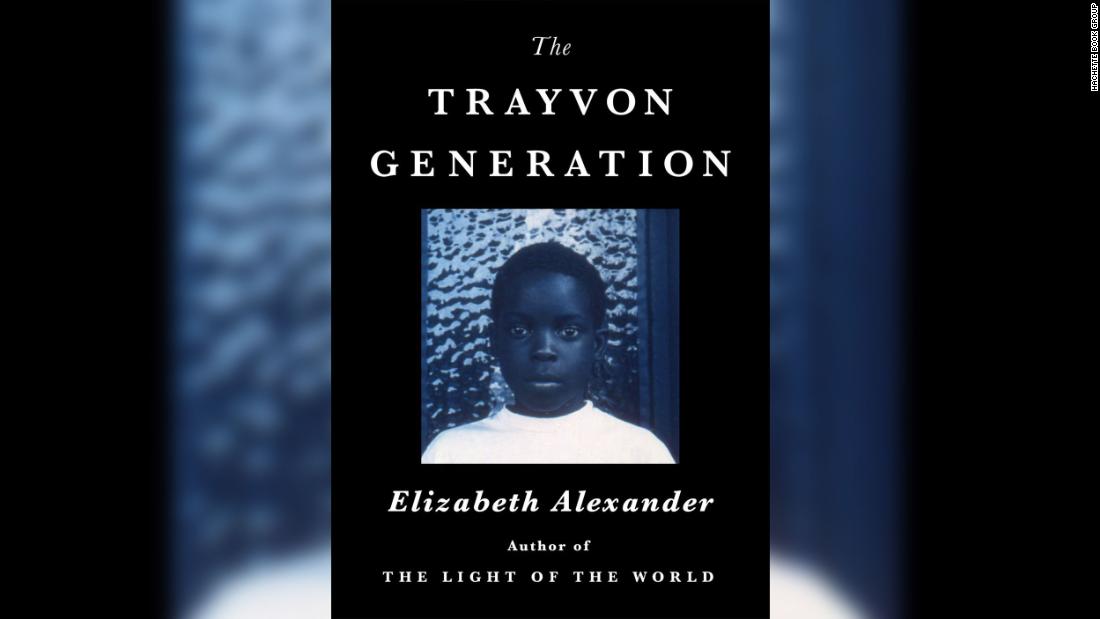 I still remember covering President Barack Obama‘s first inauguration and listening to Elizabeth Alexander deliver the poem she wrote for the occasion. On the Capitol’s platform overlooking Lincoln Memorial, she had reached back to Walt Whitman for inspiration. On that day, she created the art that reflected the moment in a way that only she could.
In her new book, “The Trayvon Generation,” Alexander explores the impact of the trauma young adults are experiencing from watching the videos of the deaths of victims such as George Floyd. She embraces art and her own experience as a mother to create prose that illuminates the angst our youth can experience.
Born from a June 2020 essay in The New Yorker that went on to win a National Magazine Award, the book offers historic perspective and poignant observations that make this an urgent and critical read. Our conversation was illuminating and provocative. I hope you like it.
Purchase ‘The Trayvon Generation through Bookshop.org here

What else Jake is reading

‘Who Is Rich?’ by Matthew Klam

“In the world of ‘Who Is Rich?’ everything is embarrassing and beautiful,” writes The New Yorker about Klam’s novel. Klam takes seemingly mundane topics—infidelity, a writer’s longing to be more successful—and crafts an addictive story about how messy and beautiful families, relationships, careers and life can be.

Purchase ‘Who Is Rich?’ through Bookshop.org here

Using daily Instagram posts, Australian cartoonist Hanselmann created “Crisis Zone” where he illustrated the escalation of the Covid-19 pandemic through his beloved characters Megg, Mogg, Owl and Werewolf Jones. In an amusing way, his webcomic responds to the same events fans were experiencing at a time when everything seems so bleak.

‘A Problem from Hell: America and the Age of Genocide’ by Samantha Power

In her Pulitzer Prize-winning work, Power, a former UN ambassador and former Balkan war correspondent, explores the question of why the United States has failed to stop genocide. Power, who is currently serving as President Biden’s USAID administrator, chronicles several brave individuals who risked their lives and careers to get U.S. leaders to act.

Purchase ‘A Problem from Hell’ through Bookshop.org here

‘Djinn Patrol on the Purple Line’ by Deepa Anappara

Anappara’s debut novel draws on her years as a reporter in India, where each day “as many as 180 children are said to go missing,” she writes in the book’s afterword. But most of the time, the media focus is on perpetrators—not the children themselves, she points out. This book’s sparkling prose centers the perspectives of its young characters as they confront difficult and sinister circumstances.

Purchase ‘Djinn Patrol on the Purple Line’ through Bookshop.org here

Elliott, a Pulitzer Prize winner, portrays New York City’s homeless crisis through the eyes of Dasani, who lives in a Brooklyn shelter. The nonfiction work follows Dasani’s remarkable narrative of living in poverty, being her siblings’ protector to eventually leaving the streets behind. Despite beating all odds, she must ask herself if the opportunity for a better life is worth leaving her family and possibly losing herself.

This week, we would like to salute All She Wrote Books in Somerville, Massachusetts, as part of our ongoing effort to highlight independent bookstores across the country.

Established in 2019, the intersectional feminist and queer bookstore “supports, celebrates, and amplifies underrepresented voices” through its “thoughtfully curated” books available for purchase in store and online, according to its website.

Do you have a favorite bookstore? Tweet @JakeTapper with your pick and we may feature it in an upcoming newsletter.