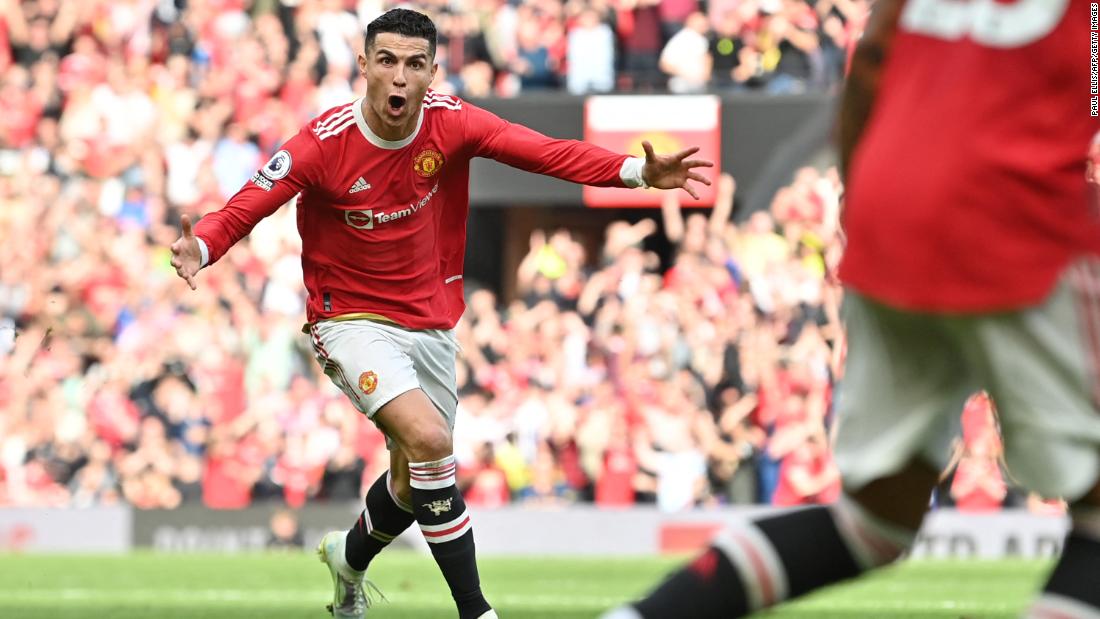 Discussion regarding the Portuguese icon’s impact at United has swirled in recent weeks, with the Reds — 20 points adrift of rivals Manchester City — increasingly looking set to miss out on a top four finish that would secure them a place in the Champions League next season.

Yet a near-perfect weekend for Ronaldo and United saw top-four competitors Arsenal and Tottenham Hotspur both suffer defeat, as United move into fifth with six games left.

Having fired his 806th career goal en route to a hat-trick against Spurs in March, Ronaldo endured a torrid afternoon at Everton in his next league game after a defeat and an incident involving a young fan’s mobile phone.

The 37-year-old was on the scoresheet inside five minutes against Norwich, tapping home after teammate Anthony Elanga had dispossessed defender Ben Gibson close to goal.

His second goal in the first-half, a trademark headed finish from Alex Telles’ corner, looked to have put United in driving seat, but two quick goals either side of half-time from Kieran Dowell and Teemu Pukki once again exposed United’s defensive frailties.

Both Dowell and Pukki were left in acres of space before converting, as the side sat rooted to the bottom of the table drew level.

In many ways, the winner was signature Ronaldo — a stunning free-kick to cap a hat-trick and secure a vital win for his team. And yet the fact it was scored via a free-kick is, in recent years, distinctly un-Ronaldo like.

Despite a career highlight reel of free-kick goals, Ronaldo had not scored directly from one since September 2020 for Portugal.

Yet the 37-year-old rolled back the years against Norwich, fizzing a devastating strike past Tim Krul to score his first free-kick since returning to United in the most vital of circumstances.

With 15 Premier League goals for the season, he now trails only Liverpool’s Mo Salah (20) and Tottenham’s Son Heung-Min (17) in the scoring charts.

No other United teammate has breached double figures in the league, with teammate and compatriot Bruno Fernandes the club’s second highest on nine goals.

“Like against Tottenham, he was very crucial today,” Rangnick told reporters.

“The second and the third one were not just easy goals, the way that he took those goals … was just outstanding.”