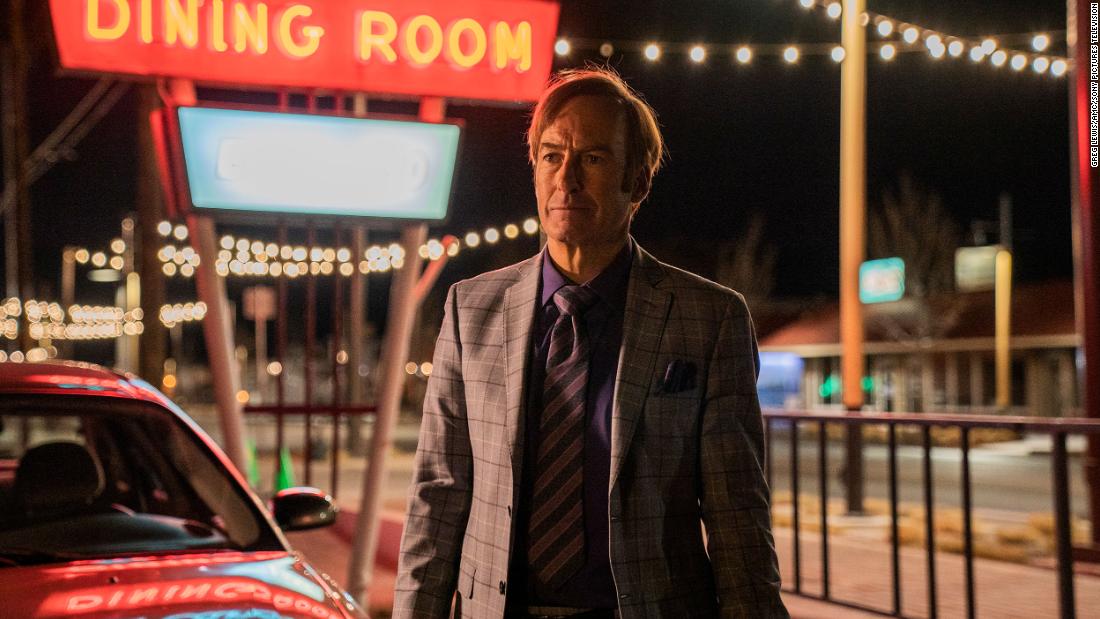 Masterfully weaving together disparate storylines, “Saul” has proceeded along parallel tracks that gradually began to move toward intersecting before the characters of Walter White and Jesse Pinkman entered the picture. The news that those actors will reprise their roles before the season’s done only heightens anticipation the show will offer a sense of closure that wasn’t clearly evident when Jimmy McGill’s long, strange trip to becoming Saul Goodman began.
Of course, the show had to overcome its own hurdles, including the heart attack suffered by star Bob Odenkirk during its last flight of production.

Happily, the actor made a full recovery, as Jimmy/Saul continues migrating into his new persona, while leaving the fundamental question of why Kim (Rhea Seehorn) no longer appeared to be part of his life when we first met him in “Breaking Bad.” Their relationship has continued to evolve, with Kim exhibiting an unexpected affinity for Saul’s con-man side, and elaborate operations that go beyond what could be called pranks.

That’s only one of the major wrinkles left to unwind, as Mike (Jonathan Banks) becomes more enmeshed in the world of drug dealer Gus Fring (Giancarlo Esposito), while Nacho (Michael Mando) is caught between the quietly-at-war factions and the mercurial Lalo (Tony Dalton).

Throughout its run, “Saul” has exhibited a remarkable knack for conjuring jeopardy around characters that we know were still around later, an art evident in these early episodes. The opening tease also provides more clues about Saul’s ultimate fate while still allowing plenty of runway for how he reached that stage.

“Better Call Saul” began as what felt like a lark, a way to extend the life of “Breaking Bad” for a network, Albuquerque tourism and the most committed fans who weren’t quite ready to let it go. As the show nears its end, series creators Vince Gilligan and Peter Gould have established its credentials not only as a worthy sequel, but a great series in its own right.

Can they stick the landing? That’s the last piece of this delicately constructed nesting doll left to unwrap.