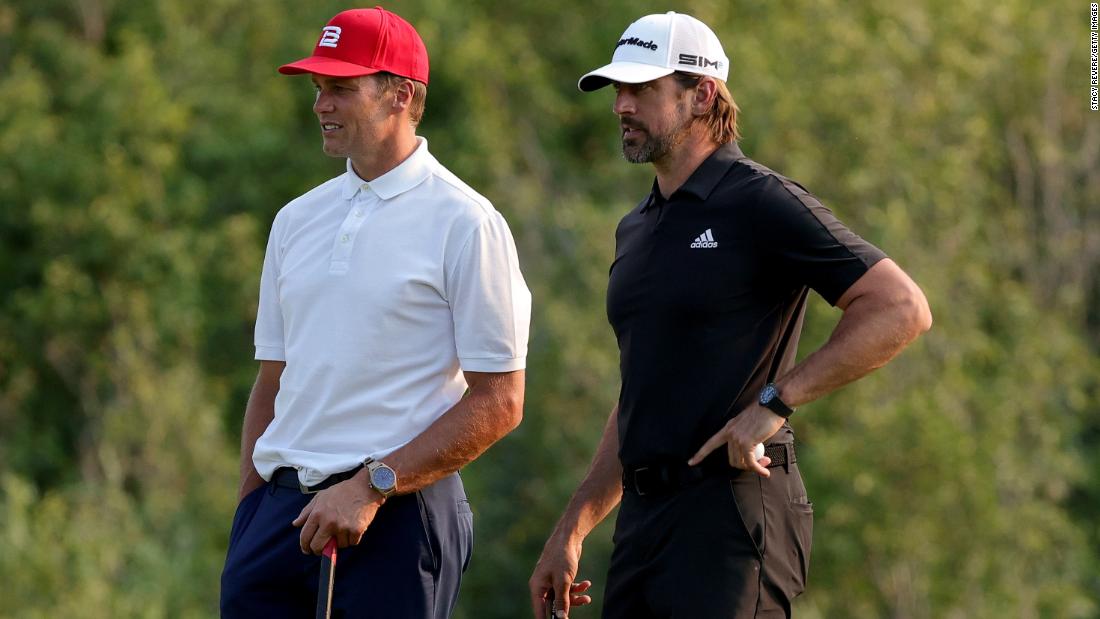 Seven-time Super Bowl champion Brady will be paired with three-time MVP Aaron Rodgers as they face 2018 MVP Patrick Mahomes and 2020 Pro Bowler Josh Allen in the latest edition of ‘The Match’ that has been announced.

The all-NFL affair will be a match up of young vs. old, which features four of the past five MVPs.

In February, Brady announced his retirement from the NFL. He had just finished his 22nd season in the league — and second with the Buccaneers. However, the 44-year-old then had a rethink and in March announced he would return to the Tampa Bay Buccaneers next season.

There is a stark difference in the combined ages of the two teams, with Brady and Rodgers totaling 82 years, with Mahomes and Allen coming to 51 years.

“2 old bulls, 2 young calves…” Buffalo Bills quarterback Allen quipped on Twitter, while Brady mocked how young his opposition would be.
Brady also jokingly said golf was their second choice of competition: “We tried to make this a tag team cage match but the lawyers said our contracts wouldn’t allow it.”

This will be the sixth edition of ‘The Match,’ and for Brady, will offer a chance at redemption.

He’s won nearly everything he can on the football field, but in his two previous appearances at ‘The Match’ has lost both times.

Like previous editions, live coverage of ‘The Match’ will once again feature players with open mics and the ability to communicate with both competitors and commentators.

The 12-hole event is set for June 1 at 6:30 p.m. ET, televised exclusively by TNT from Wynn Las Vegas. Turner Sports will be televising The Match for the sixth time since the event’s inception in 2018.

CNN is a division of WarnerMedia, along with HBO, Warner Bros, TNT, TBS and other media assets.

‘The Match’ will be hosted by the Wynn Golf Club: a 6,722-yard, par-70 championship length course. It is also the only golf course on the Las Vegas strip.

So far, the competition has raised nearly $33 million for various philanthropical organizations and has donated nearly 17 million meals to Feeding America, according to Turner Sports.