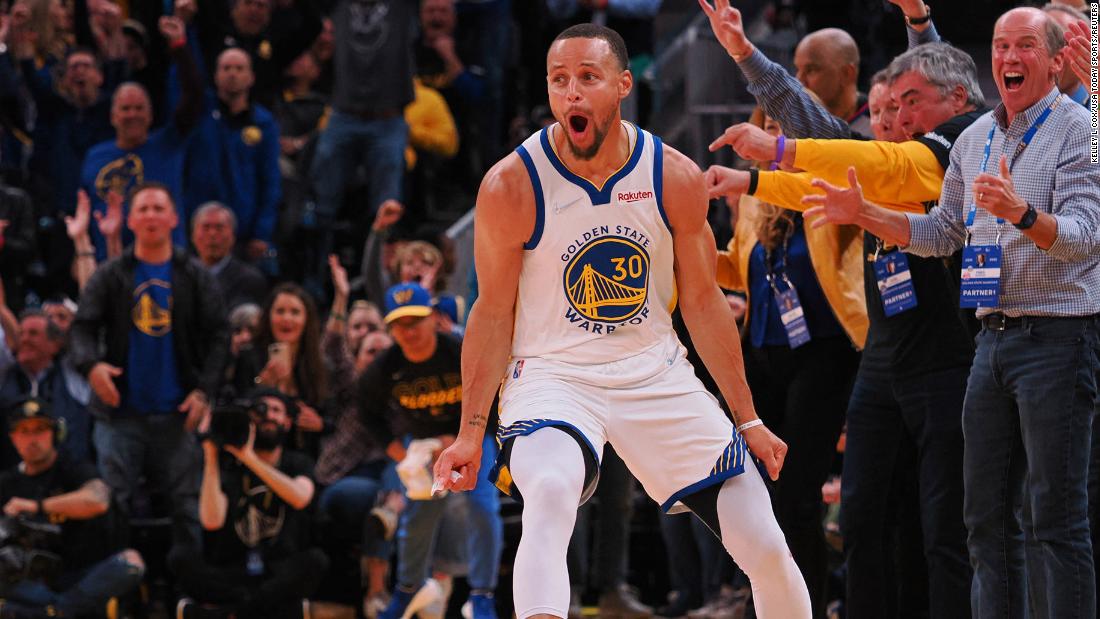 Coming off the bench, Curry scored 34 point in a few seconds shy of 23 minutes as the Golden State Warriors secured a 126-106 victory over the Denver Nuggets.

The Warriors now hold a 2-0 lead over the Nuggets in their best-of-seven NBA playoff series.

After missing a month of action with a foot injury, Curry has come off the bench in the opening two games of the series as he looks to work his way back to full fitness.

After scoring 16 points in Game 1, Curry really upped the ante on Monday, shooting 12-for-17 (71%) from the field — including five three pointers — the highest field goal percentage of his playoff career.

”The first half a little pep in my step and the body felt good, I was able to kind of get to some spots,” Curry told the media afterwards.

Warriors head coach Steve Kerr seems to have found his five-man lineup for the clutch portion of games, and used it masterfully in the win over the Nuggets on Monday.

Made up of the Warriors’ three explosive guards — Curry, Klay Thompson and Jordan Poole — as well as Draymond Green, Andrew Wiggins, the lineup gave Golden State a lift just when they needed it.

After a sluggish start, the five were assembled with just over five minutes left of the second quarter with the Warriors trailing by eight. By halftime, they were leading by six.

That push gave the team the momentum to run away with the game, eventually winning by a 20-point margin and taking a commanding lead in their playoff series.

But it was Green’s stifling defense on the NBA’s reigning MVP Nikola Jokic which really proved the difference maker.

Nuggets center Jokic, who is in the running for another MVP award, was held to 26 points and 11 rebounds before being ejected with seven minutes remaining in the fourth quarter for his second technical of the game.

The 6 foot 11 inch Serbian played on the edge all night, reacting strongly when Gary Payton II patted Jokic on the backside, having to be held back by Curry and Poole as he tried to make his way to the Warriors guard.

Green, the defense backbone of the team during its dominant stretch in which it’s won three NBA championships, outlined the key to his approach of trying to stifle the opposition.

The teams will face off for Game 3 in Denver on Thursday.