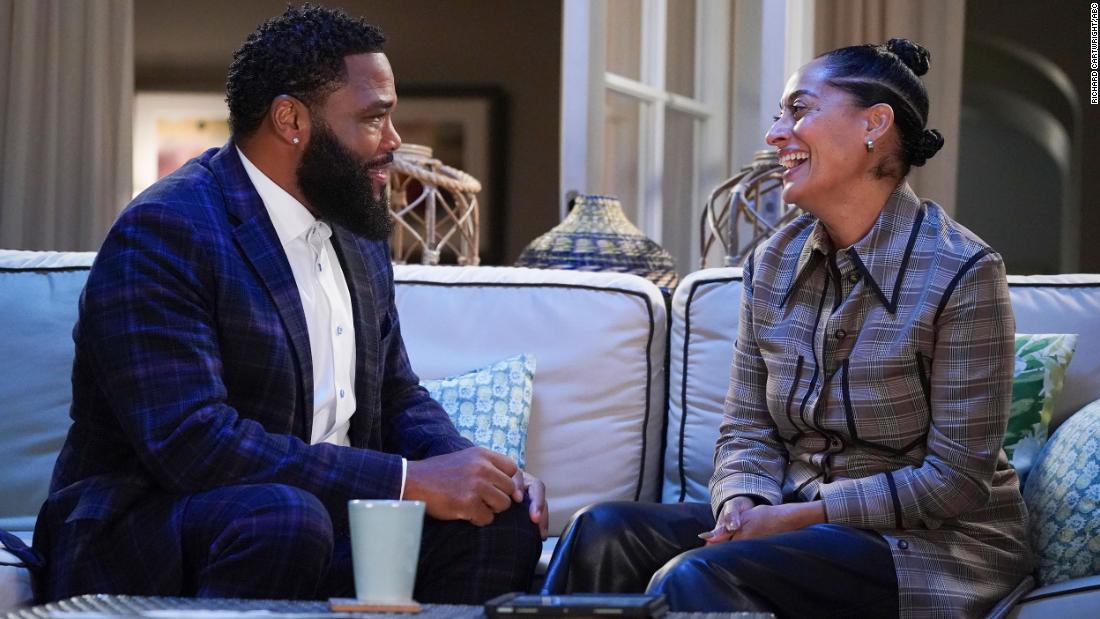 The focus of this final chapter, subtitled “Homegoing,” involved Dre (Anthony Anderson) deciding that he needed to shake up his life by moving from the mostly White area where the family had lived and watched the children grow up to a Black neighborhood — or as he wryly put it, one of those places where they filmed “Insecure.”

“Seventeen years on the same street, and the whole neighborhood was still whispering about us behind our backs,” he said in voiceover, before being relieved to discover that his wife Rainbow (Tracee Ellis Ross) was on the same page.

The move brought back a flood of nostalgia about all that the couple had experienced and push-back from their kids, who understandably felt some reluctance about leaving the only home they’d known.

Nominated for multiple Emmys during its eight-season run, “black-ish” became a signature series for ABC, as well as a throwback to the days when sitcoms dealt with provocative issues. Although the network welcomed the adulation it didn’t always embrace the controversy, famously shelving an episode in 2017 that slyly allowed Dre to address concerns about an America that would elect Donald Trump via a bedtime story that conveyed his fears. (Titled “Please, Baby, Please,” the program eventually saw the light of day in 2020 on sister streaming service Hulu.)

For all that, the network and producers probably did the show no favors by overly milking its success, spinning off the Freeform series “grown-ish” and short-lived prequel “mixed-ish.”

Still, the most resonant note actually came at the very end, which showed a young Latinx couple moving into the Johnsons’ house, filled with similar hopes and thoughts of achieving the American dream — right before that reverie is snapped, just as Dre’s was, by an awkwardly bigoted interaction with the nosy next-door neighbor played by Nicole Sullivan.

It was a reminder that life goes on and issues persist, even if long-running sitcoms periodically come to an end. While the finale was until then sweet and sentimental, perhaps appropriately given Biles’ presence, that sequence helped “black-ish” stick the landing.