Hollywood barely talks about the climate crisis. This group wants to change that 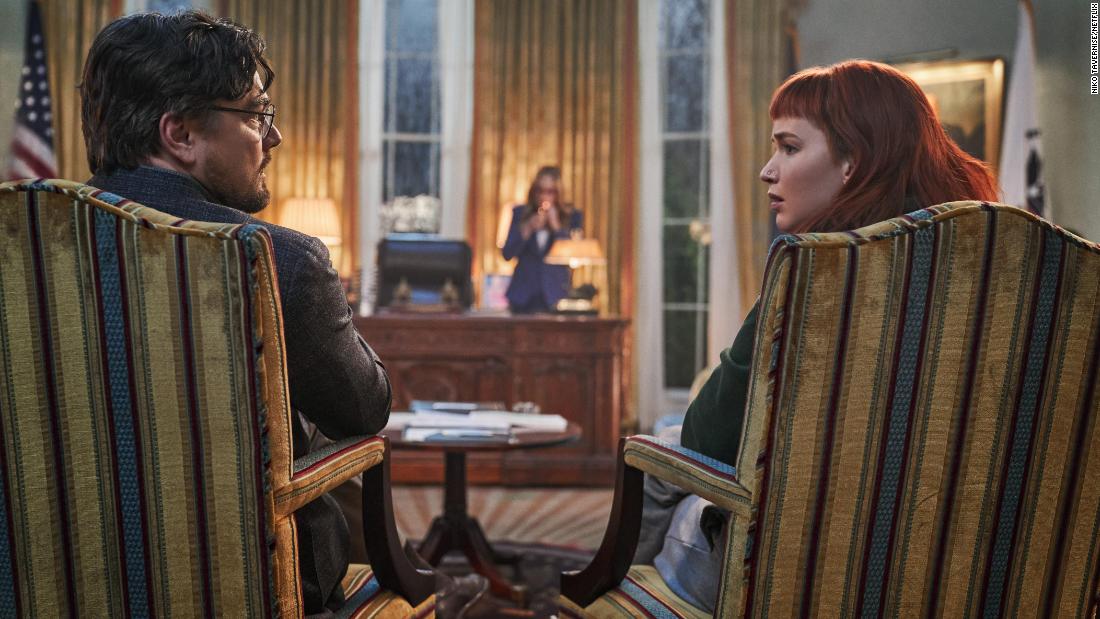 But while many of DiCaprio’s Hollywood brethren are environmentally conscious off screen, a new study shows the TV and movie industry isn’t doing nearly enough on screen to keep the climate crisis in everyday conversation.

Researchers at the University of Southern California analyzed 37,453 scripts from 2016 through 2020 looking for 36 climate keywords like “climate crisis” and “deforestation.” They found only 2.8%, or 1,046 scripts, contained any mention of the keywords. By contrast, the word “dog” was mentioned 13 times more than all 36 climate words combined, researchers said.

The study was released in tandem with a digital guidebook — called Good Energy — to help screenwriters to focus more on climate change in movies and TV shows.

Katherine Oliver, a principle at Bloomberg Philanthropies, which helped fund the release of the playbook, said at a Good Energy launch event that 2.8% is a “staggeringly low number.”

“Our goal should be to bridge the gap between the world we live in and the modern world we see on TV,” Oliver said.

Good Energy founder Anna Jane Joyner said the playbook was written following the consultation of over 100 screenwriters and producers, as well as climate experts and psychologists. Climate data is featured in the guide, along with suggestions on how to shape characters, plotlines and feature climate solutions on screen.

“If your characters are clinging to the bow of a ship à la The Perfect Storm, why not include a subplot about how these monster storms come every year now because of human-caused global warming?” one passage suggests.

“Discussions about climate can be personal, dramatic, or even funny,” reads another.

Humor and satire are used in Netflix’s Oscar-nominated “Don’t Look Up,” which stars Leonardo Dicaprio and Jennifer Lawrence in a story satirizing climate change denial. Writer-director Adam McKay was among those consulted for the playbook.

“We’ve seen how the film has created more conversation and protests to demand that governments look up,” McKay said in a statement. “Nonetheless, that is just one movie and we have so much more to do.”

“Don’t Look Up” was released a year after the data used in the study, which also measured audience awareness of climate-oriented films. The study surveyed 2,000 people and found the films “The Day After Tomorrow” and “2012” were mentioned the most, the study found. Nearly half of those surveyed said they wanted to see more fictional stories highlighting climate issues.

Joyner launched the Good Energy playbook Tuesday night at a gathering at the new Academy Museum of Motion Pictures in front of a mix of Hollywood creatives and supporters including Bill Nye, actor Kendrick Sampson from HBO’s “Insecure” and “Contagion” screenwriter Scott Z. Burns.

Make it about the people most impacted

The playbook contributors also called on content creators to build stories around minority and indigenous populations.

“Those are the ones most impacted and suffering from the climate crisis,” said Rev. Lennox Yearwood, Jr., President and CEO of Hip Hop Caucus and a senior advisor to Bloomberg Philanthropies.

The playbook is not shy about suggesting potential villains for storylines. In a section titled “The Why,” the fossil fuel industry is a target.

“They’ve cast themselves as heroes and undermined key actors, policies, and government action at every level,” a contributor writes in an essay titled, “Greenhouse Gaslighting.”

The American Petroleum Institute, a trade organization representing big oil companies, pushed back in a statement to CNN. Citing rising energy costs and volatility from the war, “we must both reduce emissions and ensure access to affordable, reliable energy,” said API spokesperson Bethany Williams. “That’s exactly what our industry has been focused on for decades. Any suggestion to the contrary is false.”

Supporters of the playbook call this just the start and say it’s up to Hollywood to tailor scripts that mirror the dire situation the world is currently facing in real life.

“If we’re doing a scene on the roof, let there be solar panels on the roof. Or if we’re doing scenes where we can be modeling healthy eating, then let’s have a filtration system and not a bottle,” said Gloria Calderón Kellett, co-showrunner of “One Day at a Time” and “How I Met Your Mother.”

Joyner closed Tuesday’s event with a final push to Hollywood screenwriters: “The most important thing you can do for the climate is write a damn good story,” she said.